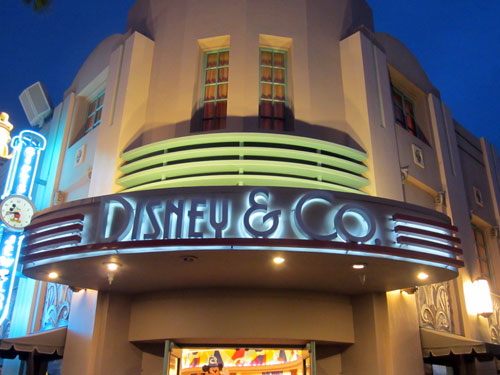 Sometimes when I’m talking to friends, especially those who aren’t as big of a fan of Disney World as I am, they ask, “That’s the one in Florida, right?”

This often leaves me shaking my head, but it got me thinking that many people actually know very little about the Walt Disney Company. Sure, every knows there are a couple parks- one in California and one in Florida- but how much do you actually know about the timeline of Disney history?

Look no farther! I’ve got a Disney timeline right here!

1923– A 22-year-old Walt Disney is living in Kansas City, Missouri, when he lands a contract with Margaret J. Winkler, the first female animated film producer, saving Disney from bankruptcy. This effectively was the beginning of The Walt Disney Company then known as Disney Brother’s Cartoon Studio.

1927– Walt and his chief animator, Ub Iwerks, create their first animated cartoon character, Oswald the Lucky Rabbit. On September 5th, 1927, Oswald appears in Trolley Troubles, which is Disney’s most successful animation ever.

1928– Walt travels to New York City to meet with his producer, Charles Mintz. Since the studio is struggling financially, he plans to negotiate a better contract. Mintz has the upper hand and ends up stealing Oswald and most of Disney’s animators. Defeated and disappointed, Walt takes the train back home. During this ride, he conceives the idea of Mortimer. His wife Lillian suggests a friendlier name: Mickey Mouse. They didn’t know it yet, but Mickey would become the most successful cartoon character in history and the basis for a massive empire.

1932– Flowers and Trees, the first film to use the tri-Technicolor process, is released in theaters and wins Disney’s first Academy Award for Cartoon Short. Disney loves the quality, so he negotiates a one-year deal for exclusive rights to the process.

1937– Walt Disney releases his first full-length feature film, Show White and the Seven Dwarfs. Moviegoers come in droves spending a record $8 million, making the film the highest grossing sound film for a short time at a time when people were struggling through the Great Depression.

1940– Disney goes public by releasing its first stock. If you would have invested at this time, your stock would be worth about 48,000 times your initial investment.

With the company’s success on the stock market and in the theaters, Disney decides to move his company to Burbank, California, where it remains today.

1952– Walt Disney Inc. is renamed WED Enterprises. Although Roy and other stockholders object, Walt pushes ahead. WED Enterprises is the division we’ve come to know as Imagineering. WED became a very important part of The Walt Disney Company, and it is now one of the most highly respected parts of the company.

1955– Disneyland opens after many years of dreaming and planning. Walt wanted to create a park where children and families could have fun together. Walt expresses this feeling in his dedication when he says, “Here age relives fond memories of the past, and here youth may savor the challenge and promise of the future.”

While opening day, July 17th, 1955, was by invitation only, about 28,000 people attended. Most of these people purchased fake tickets or snuck over the fence.

1966– After the huge successes in both the theme park and film industry, Walt decides to expand his theme park empire in Florida. While Walt laid the groundwork for the “Florida Project,” a code name for Walt Disney World, he never got to break ground. He was diagnosed with lung cancer and died on December 15th, 1966.

1967– After years of searching for the perfect location for Walt Disney World, Imagineers begin construction on Walt Disney World under the supervision of Roy O. Disney, Walt’s brother who delayed his retirement to oversee the project.

1982– When Walt originally planned Disney World, he also planned an Experimental Prototype Community of Tomorrow, which would be a real community where people would live and work. When EPCOT Center opens in 1982, it doesn’t have new residents, but it does give a nod to Walt’s original idea with technical and engineering feats as the main concentration of Future World.

1983– Tokyo Disneyland, Disney’s first park outside the US, opens with a dedication from then CEO E. Cardon Walker. He expresses a desire for Tokyo Disneyland to be “an enduring symbol of the spirit of cooperation and friendship between the great nations of Japan and the United States of America.”

Also in 1983, Disney Channel appears on cable television for the first time. The first show is Tiger Town on October 9th, 1983.

1984– When Walt’s nephew became dissatisfied with the way the company was being run, he comes up with a plan to replace his cousin-in-law with Michael Eisner and Frank Wells as Disney Chairman and President, respectively. Under Eisner’s leadership, Disney was set to enter the Disney Decade, which would include a ton of new attractions and movies plus huge steps forward for the company. While it didn’t turn out quite as good as planned, Disney blossomed under Eisner’s leadership.

Prior to Eisner’s takeover, Ron Miller, Walt’s son-in-law, was Chairman and CEO of The Walt Disney Company. During his term, he created Touchstone Pictures, which allowed Disney to make movies with adult themes without damaging the reputation of Disney’s family-oriented films. After Eisner took over, the first Touchstone film, Splash, was released. It almost paid for itself in the opening weekend and was ranked as the tenth highest-grossing film of the year.

1987– The first Disney Store opens in Glendale Galleria in Glendale, CA. Within three years, The Disney Company opens 49 more locations. Today, there are almost 400 locations worldwide resulting in hundreds of millions of dollars of profit each year.

1989– On May 1st, 1989, Disney-MGM Studios opens as a dedication to Hollywood “…not a place on a map, but a state of mind that exists wherever people dream and wonder and imagine…” Today, we know this park as Disney’s Hollywood Studios.

2005– Eisner is booted, and Bob Iger takes over as CEO. Under Iger’s leadership, Disney is named the World’s Most Reputable Company by Forbes Magazine and Barron’s, one of American’s Most Admired Companies by Fortune Magazine, and one of the best places to work by BusinessWeek.

2006– Iger leads Disney’s acquisition of Pixar for $7.4 billion in an all-shares transaction, which made Steve Jobs Disney’s top shareholder.

Iger also reacquires ownership of Oswald the Lucky Rabbit, which really impressed Roy E. Disney as a commitment to honor his uncle’s legacy.

2009– Another major acquisition for Iger is Marvel, which gives Disney primary ownership of all of the Marvel characters. However, Disney still has some restrictions regarding building attractions in its Florida theme park based on a contract with Universal Studios from the 1990s.

2012– The third acquisition for Disney in recent history is Lucasfilm. This gives Disney access to Star Wars and Indiana Jones, both of which are represented in Disney’s Hollywood Studios.

Disney has changed with the times, but it always builds on its history.

In Magic Kingdom, Snow White’s Scary Adventures delighted guests for over 30 years. Now, the Seven Dwarfs Mine Train entertains families in the largest expansion in Disney history with New Fantasyland, completed just a few years ago. Both of these rides are inspired by Walt’s classic movie.

When EPCOT Center opened, Imagination Pavilion, The Land Pavilion, Communicore East and West (now Innoventions East and West), Spaceship Earth, Universe Of Energy Pavilion, and World of Motion (now Test Track) opened to guests. Most of these pavilions still teach visitors about engineering and technology and some still have the original rides.

World Showcase opened at the same time as EPCOT Center with nine countries on opening day: Canada, France, Japan, Mexico, China, Italy, Germany, United Kingdom, and The American Adventure. Morocco and Norway weren’t completed until 1984 and 1988, respectively, but that is mostly because they were sponsored by their host country.

Animal Kingdom is finally fulfilling its original purpose of hosting animals “…real, ancient, and imagined…” with the addition of Pandora: The Land of Avatar. Now, mythical characters will be part of the park’s attractions.

While Hollywood Studios hasn’t been the most popular Disney World theme park, Disney is working hard to change that. It does, however, have a Disney flair with a fantastical view of real life.

If not for Walt’s dream, Disney World would not exist. Walt said, “I only hope that we don’t lose sight of one thing – that it all started with a mouse.” Maybe it’s good to go back to the roots sometimes!

Are you a fan of Walt Disney Company history?