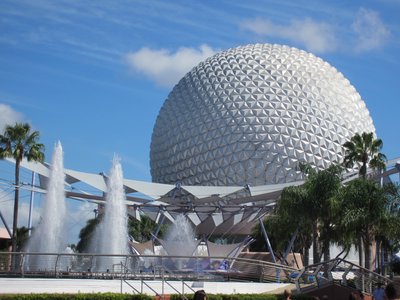 When Walt Disney dreamed up Epcot – originally EPCOT, which stood for Experimental Prototype Community of Tomorrow – he intended the land to house a functioning city dedicated to incorporating the latest technological developments into everyday life. That community never came to be – at least not as the originally envisioned futuristic city – but Disney’s vision of a celebration of technological innovation remains in modern Epcot theme park’s Future World. This area currently houses myriad attractions based around innovations in fields ranging from personal electronics to household safety to agricultural advances.

Many of the attractions in Future World are both educational and entertaining, while a few are pure fun and adrenaline. Most are kid-friendly, but a few thrill rides dot the landscape to keep amusement park enthusiasts entertained. Here is a guide to the many things to do and see around this area.

The towering sphere that houses Spaceship Earth is the icon of the Epcot theme park. While not the most exciting attraction at Future World, this ride remains extremely popular thanks to its iconic status. The Omnimover vehicles known as time machines take visitors on a journey through human history, from prehistory to the space age. Dame Judi Dench lends her voice to the narration, science fiction writer Ray Bradbury contributed to the design of the Spaceship Earth sphere and the story of the ride, and dozens of animatronic characters lend their talents to telling the history of civilization.

Spaceship Earth is both an icon and a great attraction.

This ride allows guests to design a concept vehicle before hopping aboard for a test run up hills, around tight corners, over rough terrain, and into abrupt stops. While the ride does educate guests about the challenges a car faces when it is being tested for consumer use, the Test Track arena is most just an excuse for a thrilling ride.

The Seas with Nemo & Friends

Guests at the Seas with Nemo & Friends board a slow-moving “clamobile” with seating for two or three riders and take an undersea journey through the animated world of “Finding Nemo”. This lighthearted ride is great for kids, who will also enjoy Turtle Talk with Crush – a 15 minute show during which guests may ask questions of and interact with the famous sea turtle from “Finding Nemo”. 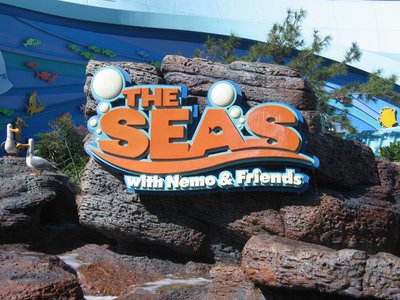 Take in huge aquariums and talk with Crush in The Seas.

This thrill ride takes guests on a simulated flight to the planet Mars. Each group selects a four person team to be astronauts in training, receiving a video briefing from actor Gary Sinise before heading out on a training voyage through space. A multi-arm centrifuge helps to give this ride a realistic and intense sense of motion, although riders looking for a tamer experience can opt to join a Green team rather than an Orange team for a milder ride. Kids who enjoy this attraction can follow it up with a visit to the Mission: SPACE Advanced Training Lab for more interactive activities. 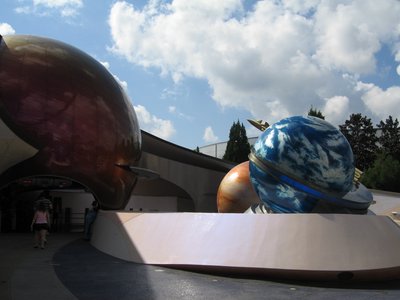 Blast off to Mars in a thrilling adventure in Mission: SPACE.

Take a multimedia journey with Ellen DeGeneres and Bill Nye the Science Guy to learn all about different forms of energy, from fossil fuels to nuclear fusion. This is education with a fun comedic twist, appropriate for all ages.  This attraction combines movies and huge animatronic dinosaurs to tell the story of energy.

This attraction is located in the Imagination! Pavilion, and involves an exploration into how our imagination creates ideas. The presentation is hosted by Dr. Neil Channing until it is hijacked by a mischievous dragon named Filament, who wants to prove that imagination shouldn’t be confined by our senses.

These huge glass pyramids are the gateway to adventures in Imagination!

Captain EO is a 3-D space opera created in the 1980s. Best remembered as a starring vehicle for Michael Jackson, Captain EO also boasts a star-studded production team including director Francis Ford Coppola, composer James Horner, and executive producer George Lucas. Although the film left Disney parks in the late 1990s, it returned by popular demand in 2010 in the wake of Michael Jackson’s death. This show is considered one of the first “4-D” shows for it’s incorporation of sensory effects in addition to the 3-D film.

ImageWorks is an interactive lab where guests can have fun exploring all sorts of fun tricks with music, photography, and video technology. Stepping on large picture panels to play notes, morphing yourself into an animal, and taking pictures with the largest digital camera in the world. This attraction is often considered to be an unofficial conclusion to the Journey Into Imagination experience.

This simulator ride is one of the newest additions to Future World, and has quickly become one of the most popular attractions. Guests sit in seats with their feet dangling as the ride lifts them 40 feet into the air and into the curve of a concave IMAX screen. The wraparound nature of the screen and movement of the ride creates the sensation of flying or paragliding high above the ground. The film then takes riders on a journey above some of the most spectacular sights of California, from Yosemite National Park to San Francisco’s Golden Gate Bridge. Wind, sound, and distinctive scents create the illusion of actually visiting these amazing destinations. 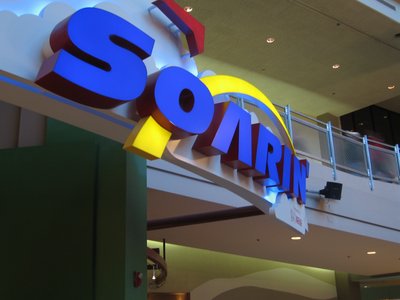 Take flight on Soarin in The Land.

This boat ride takes guests behind the scenes of the latest in agricultural technology, and through greenhouses where produce is grown to be used at restaurants all around the Disney World Resort. From hydroponics to Mickey shaped vegetables, this attraction has sights to appeal to all ages.

A fun and educational film located inside The Land is aimed at youngsters, Circle of Life stars Timon, Pumbaa, and Simba from the classic Disney film “The Lion King”. The movie features both live action and animated sequences that educate the audience about the importance of conserving our natural resources. For children, this is a great introduction to the concepts of environmentalism with wise-cracking animated characters to keep them entertained.

The Innoventions building is home to large number of interactive activities featuring everything from video game technology to household appliances. Guests can experience what’s it’s like to be in the middle of a hurricane, design their own roller coaster, learn about money management, and try a host of other entertaining and educational attractions.