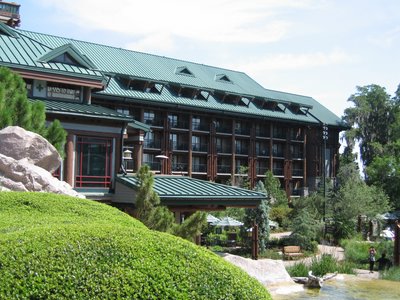 While providing comparable luxury and services as the Deluxe resorts, the Deluxe Villa resorts are set apart as Disney Vacation Club properties. In addition to studio rooms comparable to a standard hotel room, these Villas also provide suites of up to three bedrooms, with full kitchen and multiple bathrooms. Non Vacation club members may stay in Deluxe Villa suites as availability permits. 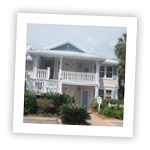 Disney’s BoardWalk Villas are an elegant and entertaining tribute to Atlantic city and the New Jersey shoreline. This is not simply a place to relax and sleep between theme park visits – it is an entertainment experience in its own right.

Disney’s Beach Club Villas were inspired by the beach front cottages of New England the end of the 19th century, and that is truly what they resemble. The cozy elegance of these suites has the feel of a home-away-from-home.

If a cabin in the woods is more your style, the Villas at Disney’s Wilderness Lodge could be perfect. The buildings and grounds of these villas recreate the architecture and lush forests of Pacific Northwest national parks. 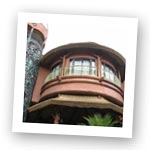 s inspiration from lodge hotels on the African savannah. The African-inspired décor certainly helps to realize this vision, but even more effective are the over 30 species of African animals that roam the grounds.

As you enter Disney’s Wilderness Lodge, you step from tropical Florida into the dense national park forests of the Pacific Northwest. An immense lobby with a multi-story stone fireplace and towering totems set the scene, while the wooded resort grounds complete the feel of this forest getaway.

Disney’s Contemporary Resort, with its distinctive A-frame tower through which the monorail passes, is a 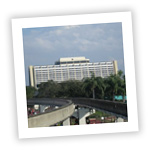 nostalgic look at the future. It is located across from the Magic Kingdom, and is one of the best resort options for easy access to that every popular theme park.

Disney’s Polynesian Resort is a lush and colorful tribute to the South Pacific Islands, complete with thatched roofs, waterfalls, and a large volcano erupting from the center of the feature pool.

The flagship resort of Disney World is the incomparable Disney’s Grand Floridian Resort and Spa. Inspired by Florida itself in the Victorian years, the white gabled and red-roofed buildings of the resort are a sight to behold. In addition to the spa, signature dining and access to the Magic Kingdom help to make this resort exceptional.

The Moderate resort designation was created for Disney’s Caribbean Beach Resort, a colorful tribute to the white sands and peaceful relaxation of the Caribbean. The beautiful grounds of this resort are equal to anything at the deluxe resorts.

The Cabins at Disney’s Fort Wilderness Resort offer the same home-away-from-home convenience as the Deluxe Villa resorts. Full kitchens and sleeping arrangements for up to six people make these great places to settle in for an extended stay. The surrounding Fort Wilderness Resort has tremendous outdoor recreation opportunities. 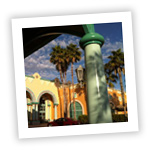 American Southwest. This is a convention oriented resort, but so spacious that families and other guests can still have a true Disney vacation here. 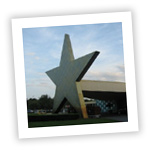 Disney’s Pop Century Resort features giant icons that represent five decades beginning with the 1950s and ending with the 1990s. Games, popular catch phrases, music, and other fads are all celebrated in this amusing resort.

In addition to the Cabins, the Fort Wilderness resort also features the Campsites at Disney’s Fort Wilderness. These sites can accommodate anything from tents to large Rvs, and area  great budget lodging option for vacationers wanting to make the most of their money.

Besides the numerous Disney owned and operated resort hotels, there are two hotels on the Disney World Property that are not owned by the Walt Disney company. The Walt Disney World Swan and Walt Disney World Dolphin, both designed by acclaimed architect Michael Graves, are distinctive additions to the landscape, and luxurious hotels in their own right.