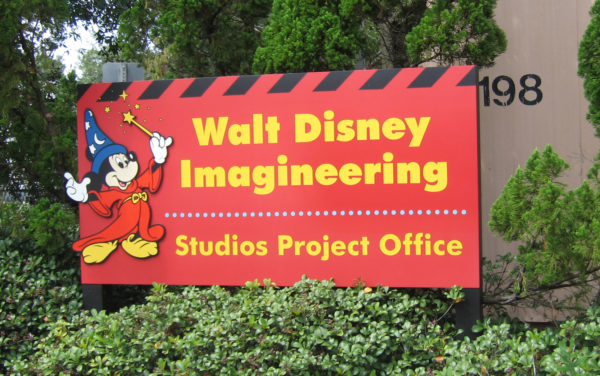 How To Become An Imagineer

It’s not easy, and there is no guaranteed route that can get you to this dream job.  But it is possible.

Walt Disney Imagineering includes a huge variety of different jobs – not just artists and engineers as you might think.  Here are just a few of the jobs available in Imagineering:

Surprised?  It actually takes many different skills and disciplines to put together the projects that Imagineering tackles.

Become Good At Something

I’ve listened to many interviews with Disney employees – people from ride operators to tour guides to artists.  While they aren’t Imagineers, they do capture two sentiments that run throughout the Disney organization:  become excellent at what you do, and pursue it with a passion.  Disney wants to bring in the people who are best at what they do.  Find out what you like and what charges you up – your passion.  Figure out what you love doing.  Then pursue it and become excellent at it.  Become the best in your field.

Get Your Foot In The Door

Today many college students get the opportunity to work at Walt Disney World through the College Program.  They get an introduction to the company, and the company also gets an introduction to them. If you are in college, or soon will be, seek out this opportunity.  It will give you a chance to learn about how Disney works behind the scenes.  But perhaps, more importantly, it will provide opportunities to network and meet people inside Disney.

If you are fortunate enough to get into the College Program, make the most of it while you are there.  Reach out and ask people if you can talk with them – make connections, learn about their career histories, and ask for advice.  These connections can be invaluable later in helping you to identify opportunities for work inside the company.

I’ve heard stories that seem to fall on two extremes of the people who end up working for Disney.  On one extreme are the people who fall into a job with Disney, without even trying.  The more common story these days, however, is on the other end of the spectrum.  People try for years and years to get into Disney.  They send in resumes, make phone calls, and try to meet people.  If you want to be an Imagineer, you will probably have to work hard at it – for a long time.  It won’t likely happen quickly or easily.  You will need to make up your mind to relentlessly pursue your dream job.

The Indirect Advice From Walt Himself

Perhaps the best advice came from Walt Disney himself – become a student of life and be interested in everything.  Never stop learning.  This story was proven out when Mary Blair first met Walt Disney.  Mary eventually became a Disney Legend and her design work influenced many Disney places, from the mosaic artwork in the Contemporary Resort to the style of It’s A Small World.  During an interview with Lou Mongello, Mary said that during her first meeting she told Walt that she studied the use of latex.  You might think that Walt wouldn’t care less about latex – after all, he was an artist and a business man.  But Walt was fascinated.  He spoke with Mary endlessly about this natural rubber substance.  Undoubtedly Walt was filing all this information away – perhaps he could use it some day when creating a movie or an attraction.

Bob Gurr also echoed this sentiment.  Bob is also a Disney Legend and was an Imagineer.  In a post on the Imagineering Disney fan site (Source), Bob talked about how to become an Imagineer.  He said it is critical to be “permanently curious about everything” – and that includes the things that aren’t relevant or aren’t applicable to your area of study.  He also mentions having fearless creativity (there are no ideas too dumb or too crazy) and learning how to be a great communicator, making your ideas clear.

Not Easy, But Possible

Becoming an Imagineer is not easy, and there is no guaranteed route to the job.  But it is possible.  If it is your dream to work for Disney, then become the best in your field, don’t give up, get your foot in the door, and keep learning.  And you might just be one of the lucky few who get to create magic for a living.

Is “Imagineer” your dream job?