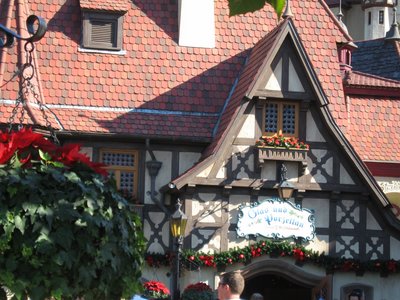 You might as well face it. It is not hip to be German. People are all about embracing their Irish Heritage, or their French Ancestry, or heck, these days people seem to be pretty into being Swedish. Is it IKEA? Maybe it is because of IKEA, but whatever the case, it just doesn’t seem to be cool to be German, right now. You’ve never seen a “Kiss Me, I’m German” T-shirt, and you never will, and the German language is being less frequently taught in schools. Most frustratingly perhaps, is that, although it is treated otherwise, Germany is cool!

Berlin is quickly becoming one of the new artist Capitols of the world, their chocolate rocks and they’re music isn’t half bad either! So where does this leave you, the young person trying to gain some knowledge of his or her German Heritage? Well, it leaves you pretty broke, because you’re a young person – certainly broke enough that you can’t afford a trip to Europe to explore your Mutterland! Instead, consider a road trip of sorts across the good old U.S. of A. with an emphasis on sites of German historical significance – including the Epcot Germany Pavilion in the World Showcase Area at Walt Disney World Resort in Orlando, Florida!

Now, you’re thinking that this is a questionable idea at best. Florida is not exactly the “German Mecca” of sorts that you were hoping for. What would Walt Disney World, the land of theme parks and Mickey Mouse ears, know about authentic German culture?  The World Showcase in the Epcot theme park was designed to be like a walking tour of the world, with no plane rides in between. Everything at the Germany Pavilion at Epcot – from the food to the cuckoo clocks is authentically Deutsch – which if you didn’t know, doesn’t mean Dutch. It is German for the word, “German!” You’re learning already!

The Germany Pavilion at Disney’s Epcot theme park looks approximately like what stepping into a fairytale would. It was constructed to look like a German Plaza of the 1500s, paved in cobblestone, with a beautiful clock tower and regal Castle looming high above the quaint village of the peasants. There is a sculpture of Saint George on horseback valiantly fighting a dragon. He is, of course, triumphing over the wretched beast, this being a fairytale and all. With this whimsical, old-time feel about the place, you won’t be surprised when you see Snow White and the seven dwarfs running around, but you may be surprised when you walk back to your hotel at night, and discover that you are still in fact, in the U.S., and at Walt Disney World Resort to be specific.

So what does the Germany Pavilion have to offer in the way of fun “German-tastic” things to see and do? A show perhaps? Why yes, of course, this is Disney after all! Everything they do has to be spectacular – but authentic of course, which is why their 6-person German band, Oktoberfest Musikanten, not only plays traditional instruments, but does traditional German singing, yodeling, and dancing – in traditional German garb, like Lederhosen! This musical performance “macht so viel Spass,” that you will find it hard not to clap, laugh, and even try to sing along, whether or not you know the words. Oh! It might help to tell you what “macht so viel Spass” means. It means “is so much fun.” You gotta stay on your toes if you’re going to go on this cross-America German Heritage road trip vacation!

Walt Disney World restaurants never fail to impress to the utmost, and their German cuisine is no exception to that sentiment. The Germany Pavilion has two restaurants, the quick-service Sommerfest and the Biergarten Restaurant. Sommerfest offers quick counter service dining for a snack on the go, but its Essen is just as authentically German as you can get at Biergarten – schnitzel, anyone? If you prefer to sit down and eat – bratwurst can be kind of messy if you put the appropriate amount of sauerkraut on it. Enjoy the buffet-style lunch and dinner offered at the Biergarten Restaurant. Sit at the long picnic tables and you may make a few new friends with your fellow Octoberfest revelers.  There are also daily wine-tastings offered in the Germany Pavilian at the Weinkeller – or, Wine Cellar. You’ve heard everything about Germany’s beer, but if you’ve never tasted a German Wine, you are really in for a treat!

Just as if you had been to Germany, you will be able to bring back some authentic German souvenirs. Included in all this German fan fare are many stores designed to get your shop on. Volkunst, for example offers authentic German steins, and Der Teddybar is German toy store. Kunstarbeit in Kristall – craft work in crystal – offers fine jewelry. You can also buy a cuckoo clock, fresh caramel candies, and if you must, a key chain featuring Mickey Mouse in Lederhosen, or Minnie Mouse in a dirndl, if you prefer.

To make the whole trip even more appealing, Walt Disney World Resort offers vacation packages to make it even more affordable to visit this cultural epicenter known as the Epcot World Showcase – and the rest of the resort, too, of course. The easiest of these to mold to your needs is the Magic Your Way Vacation Package, which allows you to bundle the costs of your Disney dining, your stay at one of Disney’s Resort Hotels, and your admission to Disney’s theme parks to save, well, a bundle. Booking a Disney vacation package makes you, as they would say in Germany “schmerz.” If they had to say it here in the states, they would just say “smart,” but “schmerz” is so much more fun to say, don’t you think?

If you are looking for a way to explore Germany without the expense and travel time, be sure to make a stop in Orlando, Florida to visit the Germany Pavilion at Walt Disney World Resort. Someday, you will have the resources to visit Deutschland for real, but in the meantime, Disney brought a little piece of Germany right here to the states – The Germany Pavilion at Epcot.