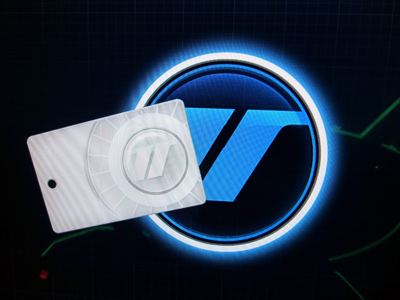 Where to Use FastPass+ at Epcot

If you are a Disney fan, you probably know that the old paper FastPass system is a relic of ancient history. All of the parks at Walt Disney World now exclusively use FastPass+, where you can make three reservations each day in a single park.

Just like with the old FastPass system, with FastPass+ you return during a one hour window and skip the line.

However, unlike the old FastPass system, with FastPass+ you make your reservations electronically. You are also limited to just three reservations per day, and all the reservations must be in one park. Also, each reservation must be for a different attraction – no double-dipping of two reservations for the same attraction.

When you use FastPass at the Magic Kingdom or at Disney’s Animal Kingdom, you can select any three attractions for your reservations.

Here are the groups:

Group A (select one attraction from this group)

Group B (select two attractions from this group)

Why did Disney make things more complicated by creating these groups or tiers? I think it is because Group A contains the most popular attractions. If most folks had their choice, they would select all three reservations from Group A, which means those attraction reservations would be overloaded while Group B would be far less busy. These tiers allow Disney to spread out the reservations more evenly.

Assuming you like Test Track and Soarin’, and want to ride them both, you should consider visiting one of these headliner attractions first and then get a FastPass+ for the other one.

Test Track has a single rider line where the wait is often much shorter than the normal standby line. If the folks in your party are willing to split up and ride independently, then take advantage of the single rider line at Test Track and use your FastPass+ reservation for Soarin’.

Beyond that, both Soarin’ and Test Track often have equally horrendous standby wait times, so make your choice based on your personal preferences:  which queue do you enjoy most; when do you want to experience this attraction, your overall itinerary, and the available FastPass+ reservation times.

Where You Don’t Need FastPass+

The good Captain isn’t as popular as he once was. You will rarely have to wait more than 10 or 15 minutes to see this show, so don’t spend one of your precious two Group B FastPass+ reservations on this, even if you are the biggest Michael Jackson fan in the galaxy.

Ditto the above. This is usually a walk-on attraction.

There are so many places around the World Showcase Lagoon to take in the show that you don’t really need to use one of your reservations for this show.

The wait time for the green, or non-spinning, version of Mission: Space is almost always shorter than the orange version which spins you like crazy. Save your FastPass+.

Group B Gets No Love?

You will see that the items under the “Where You Don’t Need FastPass+” represent most of Group B. Does that mean that you should just use your single Group A pick (Test Track or Soarin’) and skip Group B altogether?

It certainly won’t hurt to get your two Group B reservations. They might be helpful at peak times like Christmas when crowds are huge. Plus, if it works out that they offer you a convenient reservation time to skip the (normally very short) line, then by all means go ahead and use those reservations.

However, if your reservation times for Group B have you running around from one end of the park to the other just to save 10 minutes, you might actually be better off by not using your Group B attraction reservations.

If you are staying at a Disney Resort Hotel, you can make your reservations 60 days in advance. Make sure that you take advantage of this perk, and get your Test Track or Soarin’ reservation as far in advance as possible.

Also, since the World Showcase section of Epcot opens later than Future World, if you get over to Maelstrom in the Norway pavilion of World Showcase as soon as it opens (usually 11am or noon), you should be able to ride with little wait time.

To boil this all down to a few simple suggestions:

Do you like getting a FastPass+ for Soarin’ or Test Track?