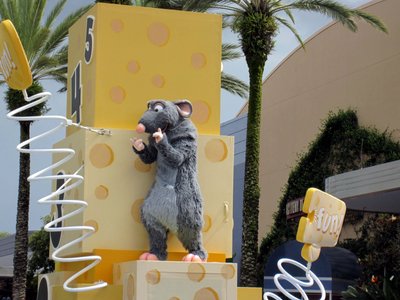 People choose a Disney World vacation for different reasons. Many come for the theme parks, others for the fabulous lodging choices and entertainment options. Few would say that they chose a Disney vacation just for the parades, but these fabulous shows are not to be missed, and there are several to choose from. Read below to learn a bit about some of the most popular parades at Disney World.

This fabulous parade is held most afternoons at Disney’s Animal Kingdom theme park. It marches through Africa, Discovery Island, and Asia. If you have animal lovers in your group, this is the perfect parade for you. The entire parade pays homage to various animals.

Costumes, music, stilt walkers, and amazing animal puppets are a few of the things that make up this parade. The puppets were created by the same person that created the fabulous costumes for The Lion King Broadway show. The over-the-top detail of these costumes is reason enough to take the time to see this parade.

There is also a fleet of specialty cars, such as a Jeep painted with zebra stripes and many others.

Special effects are the name of the game for this bright, sparkly nighttime spectacular. As Tinkerbell leads the way from her place on a float that looks like an enchanted garden, a host of Disney characters wind their way through Main Street U.S.A. and through Frontierland. And all of it is glowing in millions of colorful lights and light up the nighttime sky at the Magic Kingdom.

As with most of the parades at Disney World, floats are often added to ensure a unique experience, even for someone who has seen the parade before. The newest additions to this parade include Snow White and Seven Dwarfs, Pinocchio, and many others.

The Celebrate a Dream Come True parade takes place in Magic Kingdom. This parade is a celebration of those who give of their time and effort to make the world a better place through volunteer efforts. Many of your Disney favorites turn out for this parade including Mickey, Goofy, Aladdin, Alice in Wonderland, and dozens of others.

You can watch this parade from Town Square or from Frontierland.

This super high energy parade used to be called the Block Party Bash. Now the parade features all of your favorite Pixar characters. The parade takes place in Disney’s Hollywood Studios theme park and includes lot of upbeat popular music. The Incredibles lead the parade and the other characters including those from A Bug’s Life, Toy Story, and Monster’s, Inc.

You will even see Dug and Carl just before they float away thanks to an abundance of balloons.

Don’t miss this fun parade. It’s sure to get your heart pumping!

This is an evening parade that glows as it makes it way down the streets of Main Street USA, Liberty Square and Frontierland. An array of Disney characters, original music and fiber optics work together to provide an evening parade experience that is like no other.

This very special seasonal event is an extra treat for those who visit Disney World resorts during the holiday season. Mickey’s Very Merry Christmas Party is actually a collection of special events including those listed below.

Seeing Cinderella’s castle for the first time is always a magical event. When the castle is beautifully draped in millions of holiday lights (called the Dream Lights), however, it is even more special. These lights are custom fitted to cover every curve and line of the castle. Cinderella Castle seems to glow as if covered in sparkling ice – it is an absolutely beautiful sight.

There are fireworks displays at Disney World throughout the year, but Holiday Wishes: Celebrate the Season is a unique fireworks show developed just for this special time of year.

Florida doesn’t get a whole lot of snow, but if you visit Main Street U.S.A. in Disney World during Mickey’s Very Merry Christmas Party you will be treated to a snowfall created with a bit of that Disney magic.

Mickey’s Once Upon a Christmas Parade

Santa makes a visit to Disney World for the very special Mickey’s Very Merry Christmas parade. You will see a host of your favorite Disney characters in costumes especially chosen for this time of year. Holiday music plays as you enjoy the parade.

If you plan to visit Disney World during the Christmas holiday season, be sure to ask for the dates and times of these special events. You will want to see as many as you can so that you can make wonderful holiday memories.

Thinking of Skipping the Parades?

Because there are an overwhelming number of choices of things to do at Disney World, it is easy to decide to skip the parades. A word of advice: Don’t! Even if you cannot see them all, at least make time for one or two parades while in Disney World.

These wonderful, marching shows add to your Disney visit. It is a chance to stand still for 15 to 20 minutes and see many of your favorite Disney characters march, walk, or dance down the street.

The parades are certainly fun for kids, but adults usually end up having just as good of a time as the children! Get into the Disney groove by watching a parade. You’ll be glad that you did!

All of the special events, shows and parades at Disney World are subject to change. If there is a certain event that you are particularly interested in, be sure to ask about it when you make your reservations. Parades are just one piece of the puzzle that makes a Disney World vacation amazing and unforgettable. Be sure to make the time to see at least one parade while you are in Disney World. It will add to your experience and make your visit even more special.