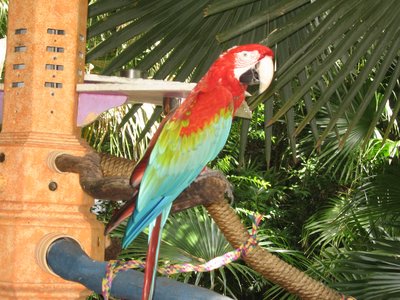 Animal lovers rejoice—there’s plenty to delight in at Disney’s Animal Kingdom. The Disney Imagineers really pulled out all the stops in their planning and executing this park’s attractions, with the result being that it hosts some of the best ones Disney has to offer – especially for Disney animal lovers.

The layout can be a bit troublesome to some visitors, however, with doubling-back necessary in some areas of this enormous five hundred acre park, divided into six areas: Discovery Island, Dinoland USA, The Oasis, Africa, Asia and Camp Minnie-Mickey. Honorable mention also goes to Rafiki’s Planet Watch, almost large enough to constitute another ‘land’ by itself. Altogether, the Animal Kingdom has many walk-through attractions, rides, numerous amphitheaters, a playground and an exhibit on conservation.

Disney is a great place for animal lovers.

Everything You’ve Always Wanted to Know About The Kingdom!

The Animal Kingdom’s direct competitor is Busch Gardens, a theme park in Tampa that has many thrill rides and live shows and has been very successful in promoting these and attracting a huge amount of guests. Though the focus of the Animal Kingdom is ostensibly on the lives of the animals and their conservation, Disney still has the free market to contend with. So, at the end of the day, the emphasis is on rides and ‘natural’ habitat animal exhibits. As anyone who has ever set up a fish tank can attest to, creating a natural-looking environment for animals is one thing; getting them to put on a show in that environment is another. So, the best plan for enjoying these furry friends is to slow down and take a leisurely pace at the zoological environments. This may be hard to do with the rank-and-file crowds moving at the same breakneck pace as ever.

The Animal Kingdom is off of US 192 on Osceola Parkway. Naturally, it’s advised to take a shuttle from a hotel if it is available. During the peak times, the park opens at eight a.m. but during the off-peak, nine.  Similarly, the park closes quite early during low season (sometimes at five p.m.) and at only six or seven p.m. during high season. But, the opening and closing are more schizophrenic than that. Sometimes, guests will be allowed to enter Discovery Island and The Oasis even before official opening hour; other times, they won’t.

Upon entering the park, patrons will find out that several attractions do not open when the park opens (all part of a sweeping swath of cost-cutting measures). The good news is twofold: first, by the strike of four o’clock many of the most sought-after attractions’ lines will have thinned to the point of quick accessibility and second, rides and other attractions usually hold more inside than people might guess at first sight. Giving the less popular shows, rides, and exhibits a whirl usually results in guests’ finding something they did not expect.

Lots Of Great Things To Do

Disney’s Animal Kingdom is set up like a WWII-era Japanese flag, with rays extending to its perimeter from its center, Discovery Island, to the other regions of the park.  By far the largest region is Africa, centered around the Disney-flavored, highly idealized Harambe, an African town invented for this area. In Africa, guests flock to Kilimanjaro Safaris, one of the most extensive zoological exhibits paired with a ride on a super sized Jeep like vehicle from which guests have great views of zebras, wildebeest, rhinos and more. This attraction has the second largest draw of all in the park. Thanks to the number one attraction, Expedition Everest, however, lines don’t get excessively long though visitor interest remains high.

Asia plays host to Kali River Rapids, an on-the-water thrill ride. Guests perch on the tall seats of river rafts without either oars above or tracks below. The rafts bounce free through the eddies and tumultuous currents so that each ride is a different experience than the last. It’s a sure bet that splashing in all that water will result in wetness, so if the temperature has taken a dive that day, taking the plunge is ill-advised. The Asia area is also home to Flights of Wonder, a stage show lasting about half an hour and showcasing exotic species of bird. These are no Tiki Room rejects singing songs from the Lion King or dancing in costume. The amazing creatures are allowed to act as if in their natural environment, and are trained only in activities they’d normally do, which are nonetheless amazing.

No one worries about offending Dinosaurs! Thanks to this fact, Dinoland U.S.A. is an exercise in high camp à la the Area 51 Diner in Nevada. Nevertheless there is a plethora of truly fun stuff for kids of all ages to enjoy, beginning with an enormous simulated skeleton of a Tyrannosaurus Rex (lovingly named Sue after the discoverer of the fossilized bones). Nearby, the Boneyard offers a simulated paleontological dig site that’s great fun for youngsters and offers adults a place to rest in the shade. The Boneyard is peppered with jungle gyms fashioned to look like dinosaur skeletons, too. The attraction DINOSAUR is a mix of the simulation of Star Tours and the excitement of a thrill ride.

Rafiki’s Planet Watch, as we mentioned, is less its own area than Disney would have us think, but is more of an umbrella for a menagerie of conservation-conscious attractions reachable via the wildlife train from downtown Harambe. Planet Watch (named after the lovable baboon Rafiki from the Lion King) features Conservation Station (a backstage-style tour through the inner workings of the animal park, including views of rehabilitation areas for ailing animals) and Affection Section (essentially a petting zoo, Disney style).

Finally, Camp Minnie-Mickey is the headquarters for all the Disney characters that frequent the Animal Kingdom, as though they were going to summer camp there. This area is a bit difficult to navigate, and visitors frequently complain of human congestion. The ‘camp’ features several Character Trails. After waiting in line, guests can follow the trails to visit whatever character the trail hosts at the time (indicated at the waiting area). One of the most trafficked and least well-managed areas of the park, this attraction probably requires an early visit if guests want to get in (keeping in mind that it opens an hour after the rest of the park). This area is also host to the Festival Of The Loin King, a fun show that is often rated the best in all of Disney World due to is soaring music, amazing performers, acrobats, and audience participation.