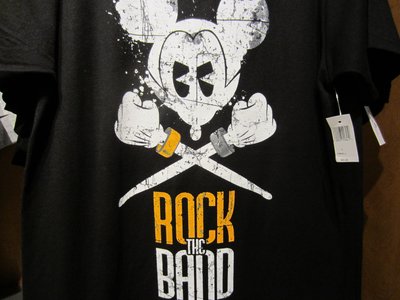 Bring up the topic of NextGen, officially known as MyMagic+ with components like FastPass Plus and MagicBands together with the requisite MagicBand accessories, and you are likely to get plenty of different opinions on the merits of this new billion dollar offering.

Some Disney fans look forward to being able to plan more of their vacation in advance. Others are concerned that all the planning will reduce the “magic” of a Disney World vacation by requiring too much forethought and reducing spontaneous fun – after all, you are on vacation.

But many opinions these days are driven based on rumors and unofficial information.

However, there are ways for us to get cold, hard facts about MyMagic+. There was a recent test of FastPass Plus, and we interviewed a person who actually participated in the MagicBand test.

Now we are getting even more official information directly from the executive of the Walt Disney Company.

Thomas Staggs, who is the Chairman of the Walt Disney Company’s Parks and Resorts division, gave an interview during a conference by Allen & Co. You might ask – who is Allen & Co.? It’s an investment bank that focuses on media entertainment. In other words, it probably represents people who own huge quantities of Disney stock, and ultimately determine if Mr. Staggs and his fellow Disney executives are doing well enough to keep their jobs.  So it is a group of people that Mr. Staggs wants to keep happy.

Allen & Co. holds a conference each year in Sun Valley, Idaho where media-industry moguls and other business big-wigs like Warren Buffet, Rupert Murdoch, and Diane Sawyer come to schmooze and share information.

During the July, 2013 conference, Mr. Staggs shared some very specific details about MyMagic+. According to sources, here is what he said, straight from one of the top execs at Disney:

During the test that took place in late June, Disney discovered that guests spent more money when using their MagicBands. Disney’s analysis is that they spent more money because they had fun with the technology. Personally I wonder if they spent more because it was easier to do so – just touch your MagicBand to a sales terminal and away you go. But no matter – the important point is that customers spent more. Disney is very interested in statistics like spending per customer, since it is easier to earn a few extra dollars from someone who is already at Disney, vs. trying to convince a new person to come to Disney in the first place. If Disney continues to get more people to spend more money, it may easily be able to justify the $1 billion price tag for NextGen.

While this isn’t a surprise, Staggs confirmed that Disney is planning more tests of MyMagic+. Disney is smart to do this and these “dress rehearsals” are a wonderful part of Disney’s culture. By trying things out, Disney gets a chance to see how things work, get feedback, and make adjustments before rolling out something new to the general public.

Mr. Staggs said that MyMagic+ would expand throughout Walt Disney World by year-end. This is the first time I have heard an official roll out target from the company. Huge and complex programs like NextGen often get delayed, but it looks like Disney is getting relatively close to a time when the general public will get to use MyMagic+.

Disney plans to use MyMagic+ to target special offers, promotions, and activities to its customers. Many people assumed this was the case, but know we know directly from a top executive that this is a stated goal of MyMagic+. Often called “big data”, some people get freaked out that Disney will be carefully tracking their behavior so that they can develop specific marketing offers that might be especially interesting. But I think this is a new frontier in business, and it could lead to some great opportunities. Perhaps you love the PeopleMover like I do. It’s not a big E-ticket attraction, and Disney probably can’t make dozens of t-shirts and books about the PeopleMover because there wouldn’t be enough general interest to support such things. But what if Disney offered you a special experience on the PeopleMover (maybe a ride with an Imagineer)?  Something that could never be profitable when offered to the general public, but might be great for both you and the company if Disney just knew you loved the PeopleMover? The options are fascinating.

What do you think about these MyMagic+ facts?