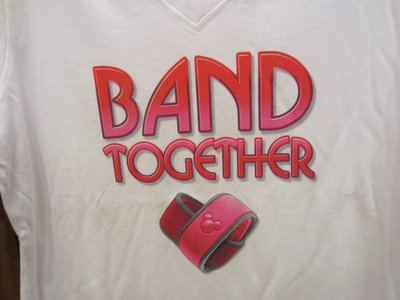 FastPass Plus Tester Tells All

Want to know what it is really like to use NextGen? We asked someone who has actually tried it out.

Disney has been testing many aspects of its FastPass Plus program, as well as many other components of its NextGen efforts. And many of these tests and potential designs have created lots of discussion inside the Disney community: Will it cost more? Will it require too much planning? Will it be hard to use? Will it protect my privacy?

Since the overall NextGen program is still in a design and testing phase, it is impossible to answer all those questions with certainty.

However, the tests do reveal interesting details about just how NextGen may work.

And now we have more details than ever. Holley, a World Of Walt reader, just returned from a Disney World vacation. She and her family were selected to participate in a test of FastPass Plus, and she was kind enough to share her experience with us.

Let’s learn more about what it was like to participate in an actual test of NextGen technology and the use of FastPass Plus:

Question: Tell us about your trip – when did you go and where did you stay?

Question: How did Disney approach you to become involved in the FastPass Plus test?

Answer: We received an invitation through our travel agent (AAA) asking if we wanted to participate. It was for guests staying at the Contemporary Resort or Animal Kingdom Lodge that were checking in June 18-20th. We ordered our MagicBands on line through the My Disney Experience web site. We were able to pick our colors and they even put our first names on the inside of the bands.

Question: How did the testing process work?

Answer: We received our MagicBands before we left for our vacation. The bands arrived at our home in the mail in a box with each of our names on the box. We each had one in the color of our choosing. We used the My Disney Experience app on our mobile phones while we were at Disney to check plans, wait times, change FastPasses, etc.

Question: What did you like about the test? How well did it work?

Answer: It was great not to have to carry charge cards, collect paper FastPasses, run around getting the paper FastPasses, and best of all, we didn’t have to arrive super early at a park to get FastPasses for rides that run out of FastPasses early on, like Soarin‘ and Test Track. We never had one problem with the bands. They have the little Mickey “stands” in the FastPass lines, and you hold the Mickey on your band up against the Mickey on the stand. If you get a green light, you are good to go.

Question: What did you not like about the test?

Answer: I can honestly say there was not one negative about the MagicBands! The only time we had a “problem” was when we tried to get drinks at the pool and their MagicBand reader was down, and we had not brought a credit card down with us. So if you were out and about and wanted to buy a souvenir and the reader was not working and you didn’t bring any other form of payment with you, that could be an issue.

Question: How do you think this will impact people who visit Disney World in the future?

Answer: I think it makes planning much easier, and allows you to be more relaxed, knowing that you have a FastPass Plus for that “must do” ride. And, no one needs to run all over the park to get the FastPass and miss family time.

Question: Any other information that might be of interest?

Answer: The bands also opened up the hotel door – we never have to search for a key card! The MagicBands have batteries that last two years, and they can get wet, so you really never have to take them off. Mine stayed on the entire time. They are easy to put on, and our kids loved them too! We also used them to get FastPass Plus for Wishes and the Main Street Electrical parade. For these, they had special areas roped off for the people with FastPass Plus. We had front row seats for both, no waiting 2 hours to get them either!

Also, as of right now the table service places were not taking the MagicBands (except for at Chef Mickey’s). For those we used the Key to the World card. PhotoPass was also not tied in on our trip, although they had previously done a test with that as well. The PhotoPass photographers said it went well and they were excited to be able to use it on a permanent basis. I would have liked PhotoPass to be tied in as well. I’m not a fan of wearing things around my neck!

I think this is great technology, and after experiencing it first hand, it made me wonder why they didn’t do this sooner!

Thanks Holley for sharing your real-life NextGen testing experience with us!

What do you think about FastPass Plus?