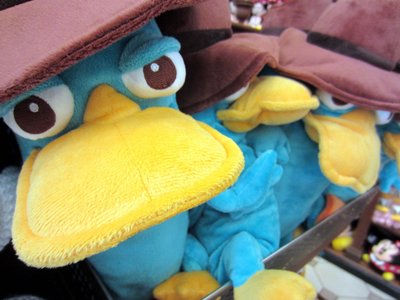 Disney Is Spending $1 Billion On NextGen – But Why?

If you are a Disney fan and haven’t been living in a cave, you no doubt have heard plenty about Disney’s NextGen efforts – the company’s plans to reinvent the theme park experience with new technology. We’ve seen stories of preliminary tests of the NextGen technology and more detailed announcements about how the various MyMagic+ pieces fit together.

A question I’ve seen many people ask, but few people answer, is “why”?

Why is Disney spending so much money? And why are they spending it on something that many people feel is unnecessary?

With That Kind Of Money…

After all, couldn’t Disney build quite a few killer-attractions for a billion dollars? They sure could. Look at it this way: General reports on the internet state that it cost somewhere between $100 – $150 million to build the Hollywood Hotel Tower Of Terror attraction at Disney’s Hollywood Studios. So Disney could have chosen to skip the NextGen project and instead built six or eight incredible, first-class “E ticket” attractions.

Times change – and Disney is working hard to keep up.

According to Jim Hill as well as some of my own thoughts and research, I think the reason why Disney is making this enormous investment in NextGen is three-fold: innovation, demographics, and defense.

Disney has a long and storied history of inventing things we never knew we wanted. Nobody was asking for a full-length animated film with Disney developed Snow White. In fact, it was quite the opposite. People thought that Walt was crazy, and that nobody would sit through a full-length film made entirely of animation. They thought that people’s eyes physically wouldn’t be able to stand so much animation.  But Walt took a gamble that paid off enormously.

In the same way, there didn’t seem to be much reason to build yet another amusement park in the days before Disneyland. Even Walt’s wife asked why Walt would possibly want to build one of those dirty parks. Walt said his park wouldn’t be dirty – and he changed the amusement park industry forever.

There are many other Disney innovations, but the point is that Disney is great at developing things we don’t even realize we want.

You might not agree with everything that the folks at Disney do (hello $9 cupcake), but you have to admit that overall they are generally a smart bunch of folks. Their 2011 annual report tells us sold $40 billion (with a “B”) worth of stuff and made nearly $5 billion in profits. Pretty good.

And all those smart folks at Disney have the time and money to study long term trends, and how those trends will eventually impact their businesses. And one of those mega-trends is demographics, and specifically Generation Y.

Generation Y is known as the babies of the Baby Boomers, born from about the early 1980s – the early 2000s. Depending on your statistics, they account for somewhere around 80 – 95 million people in the United States – or about one-third of the overall population. That’s a lot of folks, with a lot of purchasing power and influence.

Gen Y, also known as Millennials, grew up with computers in their homes. They are also known as Generation Me. In other words, they expect technology, and they expect it to do something for them – and do it now.

Generation Y expects to use technology to control their lives, and help them get instant results. Disney’s NextGen efforts appeal directly to Gen Y. It uses technology and it helps them plan and control. So if you are over 30 years old, NextGen might not sound like such a smart idea. But if you are in Gen Y, NextGen is something you expect, even if you don’t realize it.

A company like Disney can face many risks – from changes in leadership to economic downturns. But for Disney parks perhaps one of the biggest risks is becoming irrelevant. What if going to a Disney theme park was no longer appealing for future generations? That is a significant risk for Disney as a company.

And the stakes are huge.

Let’s take an educated guess on how much Disney has spent to build Disney World. Let’s start with the cost of the theme parks.

Add all that up, and were talking about $7.8 billion on the theme parks alone. For a ballpark guess, let’s say that all the water parks, hotels, and infrastructure are worth about two times that amount – maybe $15.6 billion. So in total we can make an educated guess that Disney has invested in the neighborhood of $23.4 billion in Florida.

What if all that money Disney invested in their parks now represented a product that was no longer interesting? And even more specifically, what if all 95 million Generation Y folks, as well as their future children who follow their parent’s lead, were no longer interested in a visit to Disney World?

Disney needs to defend their investments. As you can see, huge money is at stake – far beyond the $1 billion Disney is spending on NextGen. So if you look at Disney’s NextGen spending in terms of innovation, demographic changes, and defending the relevance of their theme park business, it seems like a pretty smart move – or at least a necessary one.

What do you think about the reasons why Disney is doing NextGen / MyMagic+ ?