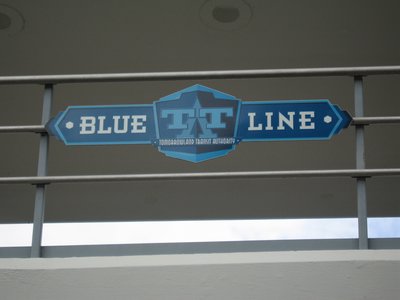 In Defense of the PeopleMover

There are a few underappreciated attractions around Walt Disney World. While some might argue that these attractions are exactly as appreciated as they deserve to be, they also have enough stanch defenders that they have achieved a kind of cult status. Perhaps chief among these cult attractions is the Tomorrowland Transit Authority PeopleMover. It is still one of my personal favorites.

This ride is tame – even by Magic Kingdom standards – and doesn’t boast the elaborate theming that distinguishes most of the non-thrill rides at Walt Disney World. It takes riders on an elevated and meandering tour of Tomorrowland, and just about the most exciting thing that ever happens is a rare glimpse of the Space Mountain track with the lights up when that ride breaks down.

So what do the PeopleMover’s defenders find so appealing about the ride? For one thing, the Tomorrowland Transit Authority has a fascinating history that traces all the way back to the man himself – Walt Disney. Disney originally envisaged a pollution-free people mover system for his prototype community; that community eventually became Epcot theme park. The Tomorrowland Transit Authority began as a prototype for that transportation system – first at Disneyland and then at Magic Kingdom – and remained after the plans for the futuristic city had been shelved.

Today, in addition to seeing glimpses of the various attractions at Tomorrowland, PeopleMover guest are also treated to a glimpse of what Epcot the city might have looked like. The attraction passes through a tunnel where a glowing scale model of the community had been enshrined. It’s a reminder of the true spirit of Tomorrowland and the true nature of Walt Disney: a tribute to innovation by a man who was an inventor and a visionary in addition to being a master entertainer.

There are also a couple of simple and practical reasons to appreciate the PeopleMover that don’t involve a history lesson. There is rarely a line for this attraction – almost unheard of at Walt Disney World – and the ride provides a relaxing 15 minutes of rest for your feet. While not the most exciting experience in the world, it is definitely more entertaining than camping out on a bench for that period of time – if you can even find one. Furthermore, the ride is fully shaded and passes in and out of air-conditioned spaces.

Other guests have different reasons for appreciating the Tomorrowland Transit Authority. It can be a great way for new Disney World visitors to orient themselves in Tomorrowland, or for parents to preview the attractions with their kids. The ride also provides great views of Cinderella Castle – impressive by day and even more impressive by night.

For still more guests, the attraction simple possesses a certain je ne sais quoi. It seems to capture the overall spirit of Tomorrowland and the celebratory mood of Walt Disney World. Nostalgia certainly plays a role – the PeopleMover tracks seems like an integral part of the scenery of Tomorrowland, and the attraction keepings chugging (gliding, actually) along through the decades in spite of its B-list status.

Love it or leave it, what would Tomorrowland be without the PeopleMover?