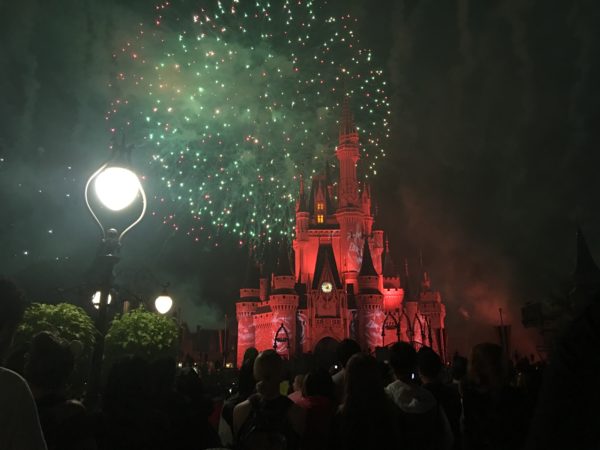 Much of the country is still thawing out and drying out from this crazy winter, but Disney is busy planning for Halloween 2019!

While Disney hasn’t officially announced it yet, Disney is expected to launch a new fireworks show and three new ride overlays for this year’s Mickey’s Not So Scary Halloween Party at Magic Kingdom. Neither of these was announced when tickets went on sale in January, and again, they aren’t official yet.

A new fireworks show isn’t a big surprise considering that Wishes ended last year, and Happy HalloWishes, which began in 2005, was based on that production. There’s no name for the new fireworks show yet, but it is expected to incorporate many of the new theatrics introduced in Happily Ever After last year including projection mapping technology, lasers, and lighting effects. Some insiders even wonder if it will be a precursor to the expected World of Color – Villainous show coming to Disneyland’s California Adventure next year.

Last year, Disney overlaid Pirates Of The Caribbean in Adventureland, Space Mountain in Tomorrowland, and the Mad Tea Party in Fantasyland. Many guests “raved” about the Mad Tea party light show.

This year, overlays are expected at the Tomorrowland Transit Authority PeopleMover and Monsters Inc. Laugh Floor in Tomorrowland, and Big Thunder Mountain Railroad in Frontierland.

No further details on the new overlays have been announced.