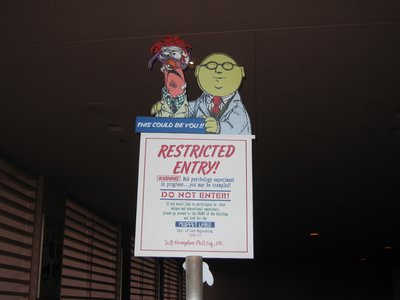 Disney works hard to make everyone’s experience just a little bit magical. The effort it takes to put up such a magical image in the real world plagued by normal real world issues is astounding. Every so often, however, something shines through the cracks in the façade that belies the workings behind it all. But you don’t have to read The Dark Side of Disney or Cast Member Confidential to learn about all the mystery behind the magic.

Disney offers its own version of the story in its Backstage Magic tour, Holiday D-Lights Tour, Yuletide Fantasy Tour and Inspiration: Through Walt’s Eyes.  All these particular behind the scenes tours of Disney World span multiple parks and don’t require park admission fees (the cheapest of them is almost ninety dollars and the more expensive push $200, so this is a good thing!).

There are also several tours specific to the individual parks, which entail separate charges in addition to park admission. In this article, we’ll explore the details behind these park-specific tours, which do require admission.

There are three ‘Behind the Scenes’ tours available in in Disney’s Animal Kingdom. The first, Wild by Design, is a three-hour tour with an age requirement of fourteen. For sixty-four dollars, guests see and hear about much of the toil that has gone into recreating the animals’ natural environments in such a comparatively small space. It’s really quite amazing to go through the designers’ thought process. This tour is popular with all types of animal lovers, from zoologists to pet store employees.

Backstage Safari is a closer look at some of the animal species featured in the park (Disney claims two hundred fifty). Some of this tour is conducted indoors, where in-depth explanations of the animals’ behavior and environments can be carried out. Seventy-two bucks for those over sixteen grants access to this three-hour tour that features a few of the animals they’d ordinarily only see from afar.

Finally, the Wild Africa Trek is a really unique experience among the parks’ offerings. For about two hundred bucks per guest, visitors can lash themselves to a safety harness and clamber across rope bridges to get firsthand peeks at the waterways and jungles featured in this area. Included in the price is a Disney photographer that will chronicle the group’s journey and later send a photo CD with all of the tour’s images. Giraffes, crocodiles and rhinos make this one an adventure not to be missed.

Behind the scenes tours here take a few different forms, beginning with the three-hour kids’ tour The Magic Behind Our Steam Trains. For fifty bucks a head, kids aged ten or older and their handlers can get a backstage peek at the inner workings of WDW Railroad’s rail steamers.

The two hour, twenty-seven dollar Mickey’s Magical Milestones tour leads guests through Mickey’s past, from Steamboat Willie to Fantasia and beyond, stopping at key reference points through the park.

Disney’s Family Magic Tour incorporates one of the ‘scavenger hunt’-style activities that the parks are known for. In this one, visitors pay thirty-six buckeroos to romp through the park on a two to three hour expedition.

Guests can engage in a bit of appreciation of Walt the man for thirty-two dollars in the Marceline to Magic Kingdom tour, similar to the Magical Milestones but featuring the life and times of Walt Disney.

Epcot was conceived of as a prototype of an experimental community of the future. In the Behind the Seeds tour, fourteen bucks for kids and eighteen for adults, walks visitors through Living with the Land‘s greenhouses seen only from boats in the attraction. This is a short, health-conscious tour, so beware: learning may occur!

For fifty-nine dollars, guests can take part in the UnDISCOVERed Future World, which is a history lesson in the imaginary land of Epcot. The age requirement of sixteen probably is in place to ensure that guests are mature enough to appreciate this context.

There are also a host of Segway™-centric tours available at Epcot. For just over a hundred bucks per person, guests get a one-hour training session (most will need it!) in the use of the Segway, followed by an hour of zipping around the World Showcase on these newly mastered chariots in the Around the World at Epcot tour.  To skip the ‘Around the World’ aspect and simply learn how to scoot about on a Segway, visitors can take part in the Simply Segway Experience for thirty-seven dollars, a one-hour crash course in how to not crash. For a protracted spin on a Segway that takes guests through backstage areas of The Land, The Seas with Nemo and Friends and Soarin‘, the three-hour, one hundred thirty dollar Nature-Inspired Design tour is the ticket. Gardens of the World is a seasonal tour (generally held in the March to May timeframe) that takes Segway-riding guests through the botanical backdrop of Epcot’s preparations for the International Flower and Garden Festival. This whirl through the daisies goes for seventy-three dollars and requires guests to be sixteen or older.

Guests that are certified in scuba and over ten years of age can take part in Epcot DiveQuest, where they’re immersed in the same waters that the fish of The Seas with Nemo and Friends frolic in all day long. About two hundred bucks per diver will buy a single-tank (forty minute) dive, with two opportunities per day to join the tour that all in all lasts about three hours. For the reader’s digest abridged version of this tour, some opt for Seas Aqua Tour, which provides a smaller air tank, goggles, and a snorkel and is really intended to allow for a half hour of snorkeling. If a hundred and fifty bucks for thirty minutes of paddling around a fishbowl sounds good, anyone over eight can do it. One of the coolest tours available is Dolphins in Depth, which guests over thirteen can pay two hundred dollars to take part in. Visitors are walked through the training areas for dolphins and even get to suit up and wade into the pool where dolphins swim.