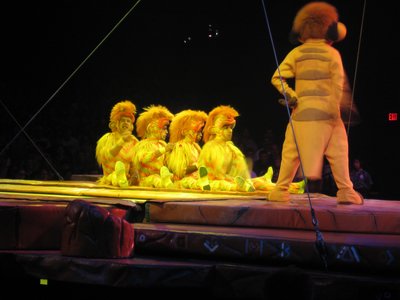 The Beastly Kingdom that Never Was

Designs for Beastly Kingdom were drawn up, and the area even received significant promotion as Disney prepared for the park’s opening. The Disney’s Animal Kingdom logo features a dragon front and center, indicating Disney’s initial commitment to incorporating imaginary creatures into the world. Unfortunately, time and budget constraints eventually led Disney to replace this imagined area with Camp Minnie-Mickey, and Beastly Kingdom was relegated to the world of legend along with the animals it was to celebrate.

Disney Imagineers originally planned for Beastly Kingdom to occupy the land that is currently home to Camp Minnie-Mickey. Visitors would cross to Beastly Kingdom from Discovery Island over a bridge guarded by a troll.

Beastly Kingdom was to be divided into a realm celebrating good creatures from myth, and a realm dominated by evil creatures. Dragon’s Tower was to be the looming centerpiece of the evil realm, while Quest of the Unicorn and Fantasia Gardens would be the major features of the good realm.

Dragon’s Tower was to be a thrilling roller coaster located inside the charred shell of a ruined castle. Riders would join a thrilling adventure to seek out the dragon’s treasure, and end up being chased by a furious fire-breather determined to protect his hoard. After working up an appetite on this adventure, guests could grab a bite to eat at the Loch Ness Terrace.

On the good side, Quest of the Unicorn would send visitors on a journey through a maze occupied by mythological creatures. Those who successfully navigated the maze would encounter the Unicorn living at the center. Also in the good realm, Fantasia Gardens was to be a musical boat ride filled with dancing hippos, winged horses, centaurs, and other creatures from the classic animated film “Fantasia”.

While original Animal Kingdom plans included lands dedicated to both extinct species and imaginary creatures, Disney Imagineers ultimately were forced to choose between the two. The expense of the many live animal exhibits in Africa and Asia had proved higher than expected, and it was decided that either Dinoland, USA or Beastly Kingdom would become a second phase project and open several years after the grand opening of the park. DinoLand, USA eventually prevailed, and plans for Beastly Kingdom were put on hold.

To replace Beasty Kingdom, plans for Camp Minnie-Mickey were quickly drawn up using the plans for Mickey’s Birthdayland, later known as Mickey’s Toon Town (a former area at Magic Kingdom). The only attraction – The Festival of the Lion King – was created using old floats from the Lion King parade, and Disney expected to replace Camp Minnie-Mickey with a more permanent kingdom within a few years.

The first years of Disney’s Animal Kingdom ultimately discouraged Disney from moving ahead with their shelved plans for Beastly Kingdom. Although Disney’s Animal Kingdom performed relatively well for a brand new park, Disney feared that the high cost of creating Beastly Kingdom would not reap benefits. Although surveys prior to the opening of DAK suggested widespread support for Beastly Kingdom, surveys of Disney World visitors in the years following the park’s opening suggested that attendance would not grow enough to justify the expense of its construction.

While Disney’s Animal Kingdom does not have the strong mythological presence originally envisioned, imaginary creatures eventually came to the theme park with the arrival of Expedition Everest. The Yeti who terrorizes riders on this exciting roller coaster now bears the weight of the entire imaginary animal kingdom on his furry shoulders.