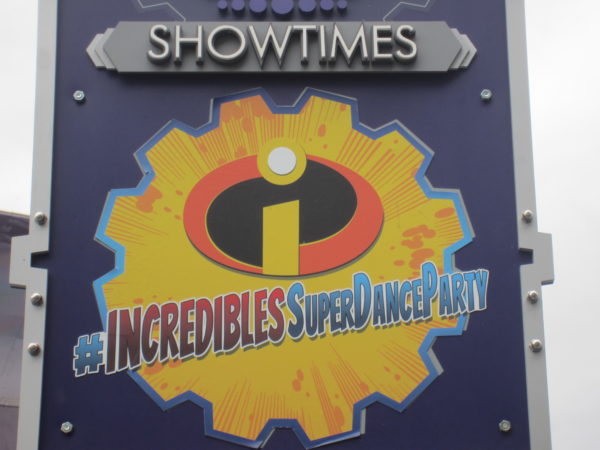 Memorial Day weekend, May 25 through 27th, is often viewed as the official kickoff for summer.  Disney is taking the opportunity to debut some new shows and restaurants all around the Disney World resort.

These openings are ahead of the anticipated opening of Toy Story Land in Disney’s Hollywood Studios this summer, though no official date has been announced, as well as Galaxy’s Edge, the Star Wars-themed land that will open next year. We already know that when Toy Story Land opens, there will be two new attractions – Slinky Dog Dash and Alien Swirling Saucers – and a brand new quick-service restaurant, Woody’s Lunch Box, in the confines of Andy’s backyard. Toy Story Mania!, which recently added a third track, will also be part of this land.

Let’s talk about what we will see on Memorial Day weekend!

In Magic Kingdom‘s Tomorrowland, Elastigirl, Frozone, Edna Mode, and Mr. Incredible from Disney*Pixar’s The Incredibles will interact with guests throughout the land. These super heroes will conclude their day with a SUPER Dance Party at the Rocket Tower Stage.

You probably know that The Incredibles have already starred in a dance party in Tomorrowland, but this is a new show with new surprises. They’ll most certainly be celebrating the June 15th opening of Incredibles 2 later in the summer.

Guardians of the Galaxy

The Guardians of the Galaxy attraction is already under construction to replace Ellen’s Energy Adventure in the Universe Of Energy Pavilion in Epcot‘s Future World. It’s expected to open by 2021 for Disney World’s 50th Anniversary, but Star-Lord and Gamora will star in a new show at the America Gardens Theatre in the American Adventure Pavilion in World Showcase.

The show will feature an Alien Band playing music from Peter Quill’s Awesome Mix Tapes 1 and 2, the movie’s soundtracks. They’ll lead guests on a journey through the cosmos!

I announced a couple months ago that news broke about Flights of Wonder being replaced with Up. There were mixed emotions at this news because it’s another really quality show removed for more intellectual property, but as more information came out, I started to feel better about it.

Flights of Wonder will be replaced, but the new show will still feature birds. Senior Wilderness Explorer, Russell and his dog Dug will encounter and discover bird species from all around the world, and the Caravan Theater in Anandapur Village will be largely unchanged.

It’s a great time to mix things up a little bit because Disney’s Animal Kingdom is celebrating its 20th anniversary this year, and Flights of Wonder had been around – unchanged – for quite a while.

Everyone’s favorite Duck will appear in Dinoland USA as a new character celebration with a prehistoric theme. Few details exist about this experience, but stay tuned and I’ll see what I can find out!

Disney Springs has garnered a lot of attention recently as it has transformed from Downtown Disney into the lush, tropical marketplace that it is today. If you’re planning to visit during Memorial Day Weekend, Disney Springs is definitely a place you want to check out especially if you haven’t been there in a while.

Star Wars: Secrets of the Empire is a hyper-reality experience from LucasFilm, ILMxLab and The Void. It’s already open, and it’s getting rave reviews.

There are also a few new restaurants and bars opening. While no official dates have been announced, Disney World’s website says they are coming soon, so there’s a chance they’ll be open when you visit for Memorial Day.

Wine Bar George is also highly anticipated and will bring to Disney World the only Master Sommelier-led wine bar in Florida! George Miliotes has already proven his skill at Disney’s Contemporary Resort’s California Grill, and you should expect to be wowed at his new wine bar as well!

Will you be in Disney World for Memorial Day?