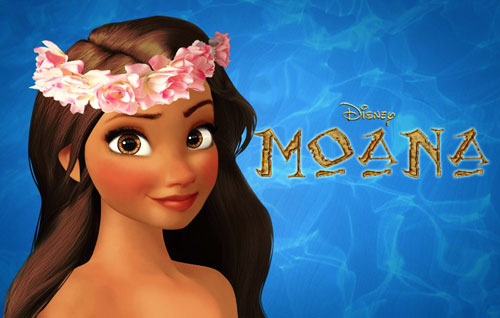 Is Moana Coming to Disney World?

Disney Creative Entertainment recently put out a casting call for Moana, the main character in an upcoming animated feature by the same name.

Moana, which is set to be released at Thanksgiving 2016, follows a young girl, played by the 16-year old Auli’i Cravalho from Oahu, Hawaii, who has excellent navigational skills and sets out to use these skills to locate an island. She is joined by Maui, a muscular, legendary demi-god, played by Dwayne Johnson. Together, they set sail on the ocean to help Moana’s family.

Now, DCE is looking for someone who can “help bring to life Moana.” It’s not unusual for Disney World to cast for these types of things, but what is unusual is who is casting.

Meet and greets are normally handled by Disney Parks Talent Casting, but it’s Disney Creative Entertainment casting for Moana. This is significant because this department, a division of Walt Disney Imagineering, is in charge of larger-scale entertainment like stage shows, parades, and fireworks suggesting that Moana will be part of a stage show or something of the like.

What’s more, the call also mentions that applicants should expect a “simple movement exercise” or animation exercise. This is not usually a requirement for a meet and greet since the character ad-libs with each guest.

If you’re interested in applying for the part of Moana, there are some pretty strict characteristics. She should be between 5’3″ and 5’5″ with an athletic build. The ad suggests that work will start in two to three months.

One puzzling factor is that there is no casting call for Maui yet. Perhaps DCE is waiting to see who comes forward to play Moana before they find a male to support her role.

Show On The Way?

The only question now is where would this Moana show – or maybe parade entry – be? There isn’t a country pavilion in World Showcase that would be appropriate for a Hawaiian princess, and she wouldn’t necessarily fit in Epcot‘s Future World.

Disney’s Hollywood Studios might be an option, but with Toy Story Land and Star Wars Land coming in, the theme isn’t quite right here either.

Disney’s Animal Kingdom could be an option since Moana does have a couple animal friends including Hei Hei the Rooster, but again, it just doesn’t seem to fit.

Perhaps Disney is planning to add her to Disney’s Polynesian Resort Village!?!?! This deluxe resort hotel was recently remodeled with a Disney Vacation Club area and several over-the-water bungalows built. This would be the perfect spot for her, and Spirit of Aloha Dinner Show could use a bit of an update.

Are you excited to see where Moana ends up in Disney World?