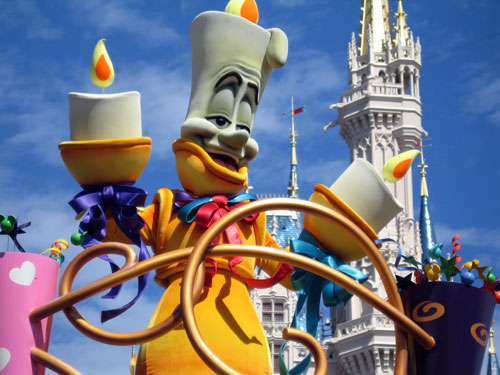 Top Five Tips for Weathering a Hurricane in Disney World

Too many people think that there is a magic bubble around Disney World preventing anything bad from happening there. It’s not just the weather. People really think nothing bad can happen in Disney World.

There is no magic bubble and storms can happen in Disney World. In fact, the warmest months of the year can bring heavy rains usually in the afternoon, and hurricane season runs from approximately June 1st to November 30th with August and September being the most susceptible times.

Disney World is no stranger to strong storms, so lets take a look at the top five tips for weathering a hurricane in Disney World.

No one wants to think about having to cancel their Walt Disney World vacation, but if it means keeping your family safe, you’re probably willing to do it.

If state officials issue a mandatory evacuation order, you will not be permitted entry into the area. Flights will be grounded and cancelled, and drivers will be turned away.

If there isn’t an official order, the choice is yours. Disney World’s website states this cancellation policy regarding hurricanes:

“If a hurricane warning is issued by the National Hurricane Center for the Orlando area—or for your place of residence—within 7 days of your scheduled arrival date, you may call in advance to reschedule or cancel your Walt Disney Travel Company Magic Your Way vacation package and most room only reservations (booked directly with Disney) without any cancellation or change fees imposed by Disney.”

This means that if Orlando or your home is under a hurricane warning within a week of your vacation, you can cancel or reschedule without incurring fees, but you have to have booked a Magic Your Way Package; the policy does not apply to sports, youth, or group events or meetings and conventions.

Anything not booked through Disney is not eligible for this policy including flight and rental cars although Disney will try to help you reschedule your flight. If you booked through a third party like a travel agent, you’ll have to talk to them about their cancellation policy.

If you are booking your trip for August or September, you might want to consider trip insurance. Although hurricanes can happen anytime during hurricane season (or really at anytime for that matter), this is the peak time. Trip insurance can be pretty expensive, but it can really save you a lot of money especially if you don’t book with Disney.

That being said, recent major storms have forced airlines to change their policy regarding cancellation, and most of the time you’ll be able to get your money back. If you booked your hotel and tickets through Disney, they’ll also refund or reschedule your trip. If you aren’t scared of a bit of a risk, you can save the money on trip insurance.

If you do happen to be in Disney during a hurricane, don’t panic; you are in very capable hands. Disney has elaborate and sophisticated procedures in place, and they were even awarded a StormReady designation by the National Oceanic and Atmospheric Administration (NOAA).

What’s more, the geographic location of Walt Disney World Resort is perfect for weathering storms. It’s too far inland for storm surges from the ocean to reach, and by the time the storm would reach Orlando, it would usually have broken down enough that it isn’t as strong as when it hit the coast. Thank you, Walt! Plus, the resort’s buildings have been built in such a way to withstand high winds and rain.

Since transportation could be the hardest part of a vacation interrupted by a hurricane, you should be prepared for delayed arrival or delayed departure. Again, don’t panic. Disney will work with you to make sure you have a place to stay even if that means helping you find accommodations outside of the resort if everything on property is full.

2. When the Parks Close

Disney World theme parks are open 365 days a year, and they very rarely close for weather. It’s only happened five times in the park’s history including three times in six weeks during the record 2004 hurricane season. The last time the parks closed for a hurricane was Wilma in 2005.

When this happens, Disney asks that guests shelter in place at their hotel, and they ramp up the activities at the resorts. Cast Members play board games with guests and Characters meet and greet guests right in the lobby! Hotels are also very good at providing movie marathons even on nice days, so you can bet this is part of their hurricane activity plans.

Besides activities, Disney makes sure that all guests are fed well during their sheltering in place requirement. Their very organized food system provides meals and snacks, so you really won’t go hungry.

If all of this seems a little overwhelming, you can rest assurance that guests who have weathered a storm at Disney World have noted that cast members slip detailed instruction sheets under their doors explaining exactly what to do and when. They leave nothing to chance and no questions left unanswered. Of course, if you do have any questions, you can always call the front desk. Guests have noted that the customer service during these times is even better than normal, which is saying a lot for Disney World!

1. When the parks stay open

If the storm is not a direct threat to Disney World, chances are the parks will remain open, but most activities including character meet and greets will be moved indoors. Guests can still enjoy the indoor attractions, restaurants, and stores during a storm.

In Magic Kingdom, Carousel of Progress is completely indoors and has a huge theater to accommodate many people. It’s a great attraction to visit during a storm or even an afternoon rain. Tomorrowland Transit Authority (TTA) PeopleMover will also usually remain function unless the winds are really bad in which case the park would probably close. Other good attractions in Magic Kingdom include Country Bear Jamboree, Hall of Presidents, the Enchanted Tiki Room, and Enchanted Tales with Belle.

In Epcot, Ellen’s Energy Adventure in the Universe Of Energy Pavilion is a 40-minute respite from the rain. The Land Pavilion also has several attractions and restaurants inside that can keep you dry for quite some time. American Adventure in World Showcase, Impressions de France, and many of the other country pavilions are great shelters during rain too.

Finally, Disney’s Animal Kingdom is the hardest park to escape inclement weather. Finding Nemo: The Musical, It’s Tough to be a Bug, and Festival of the Lion King are good options, but I would recommend avoiding Animal Kingdom on rainy days if possible.

Have you ever weathered a hurricane in Disney World?