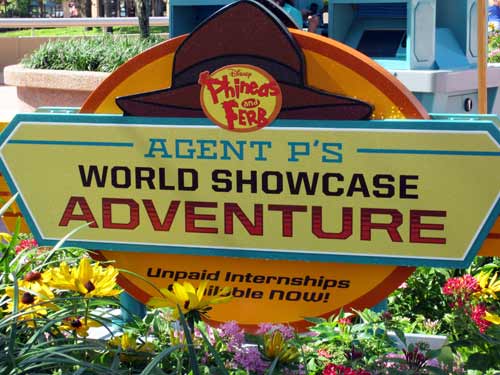 Three of Disney’s four theme parks offer guests a fun and sometimes even educational option for exploring the parks. These interactive games include everything from pirates and villains to live animals.

Although these interactive games might not be the best way to spend your time if you’re in a rush or are a first-time visitor, they can be a great addition to a longer vacation or a way to involve kids in an area that they weren’t previously interested.

The maps, cards, and stickers that come with these games also make excellent souvenirs even if you decide not to play the game.

Let’s take a look at the four interactive games at Disney World.

Guests can find A Pirates Adventure in Magic Kingdom’s Adventureland. If you’d like to sign up to play or just to get your souvenir-worthy map, the sign-up station is just past the entrance of the Pirates Of The Caribbean ride, on the way toward Frontierland.

This game ranks at number four on my list because the missions take little effort. There are approximately five locations per mission, and each location takes less than a minute to complete. There is a short activity at each location, but you basically check in at each location and watch the story unfold. Since this is a very basic game, it’s most appropriate for young guests who enjoy a good story, or those who don’t want to get into anything too drawn out and complicated.

There are several sign-up locations where you’ll get a booklet of badges. If you join Up’s Russell on this three to five-hour journey, you’ll have some fun learning about Animal Kingdom, and you’ll learn you way around the park. If you plan to be in Animal Kingdom for more than one day, this would be a good game for you since it doesn’t have to be completed in one day. Once you complete the booklet by getting all of your badges, you’ll earn a sticker.

2. Sorcerers of the Magic Kingdom

In this interactive game, the story is that villains are plotting to take over the park, and it’s your job to stop them. Missions can take between 30-60 minutes to complete depending on lines. Each location is well hidden among the theming of the area, but the map will lead you where you need to go.

In addition to the map, you’ll get a key and five spell cards. There are 60 cards in a standard deck, and rare edition cards are available at hard-ticket events like Mickey’s Not-So-Scary Halloween Park and Mickey’s Very Merry Christmas Party. There are also 10 more super rare cards that are only available for purchase. They cost about $14 at the Disney Store, but they are often sold out. Even if you don’t play, these cards, the map, and the key are great souvenirs especially since the game can be played from home.

If you’d like to sign up for Sorcerers of the Magic Kingdom, simply visit the Main Street Firehouse or Liberty Square, and scan your MagicBand or your park ticket.

Agent P’s World Showcase Adventure was the first interactive game at Walt Disney World, and comes in at the top of my list because it is great fun for all ages.  It’s also educational in a fun way. When you sign up at the many locations around Epcot’s World Showcase, you’ll get a device that looks like a cell phone that will lead you through adventures and puzzles around World Showcase. Each mission, which is about 30 minutes, is fun and different, so even the parents won’t get bored, plus the game gets kids interested in an area of the park that is traditionally considered less kid-friendly.

Have you played Agent P’s Adventure at Epcot?