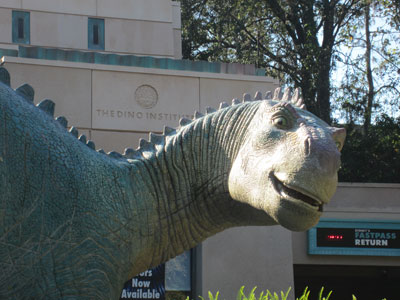 Where to Use FastPass+ at Disney’s Animal Kingdom

So far, I’ve shared some strategies on where to use FastPass+ at Epcot, the Magic Kingdom, and Disney’s Hollywood Studios. We will now look at Disney’s Animal Kingdom.

Like the Magic Kingdom, Disney’s Animal Kingdom does not have groups or tiers of FastPass+ attractions, so planning your FastPass+ strategy is a bit more straight-forward since. You have to think about groups only at Epcot and Disney’s Hollywood Studios.

Here are some tips on how to make the best use of FastPass+ at Animal Kingdom.

Where You Don’t Need FastPass+

Let’s start off by looking at three shows where you don’t need FastPass+. They are:

Where To Use FastPass+

With a well themed queue and a well-deserved reputation as a fun way to cool off from the Florida heat, Kali River Rapids is a water ride that seems to have one purpose: get guests soaking wet. It does its job well. The lines in the summer can be very long, so if you plan to ride this attraction, you may want to use a FastPass+ reservation for it.

Why you might not want to use FastPass+: If you are visiting during the cooler months you may not want to ride the Rapids at all. If you still want to get wet in January, you will probably be in the minority, and you can get on the ride with little wait. In addition, if you don’t want to walk around all day with squishy-wet shoes, you might choose to bypass Kali River Rapids altogether.

Dinosaur is one of the thrill rides at Animal Kingdom with plenty of dark spaces, turns, and loud noises. It’s an exciting ride and the wait times can be long, making it a good candidate for FastPass+.

Why you might not want to use FastPass+: If you don’t like to be jostled around, you may want to skip Dinosaur.

Many people rightfully see Kilimanjaro Safaris as the best experience at Animal Kingdom.  This bumpy ride through the savannahs lasts about 20 minutes and gives you an opportunity to see plenty of live animals up close and personal. From elephants to rhinos, from giraffes to zebras, you will get chance to see them all as they wander about in wide-open spaces. Many folks also say that it is best to see this popular attraction early in the day so you see animals being active, but my experience has been that you will see plenty of active animals whenever you go.

Why you might not want to use FastPass+: If you ride the Safaris early in the day, you will likely have a short wait.

The most expensive roller coaster in the world, and one of the best rides in all of Disney World, Expedition Everest is a must-do for those who enjoy thrill rides and roller coasters.

Why you might not want to use FastPass+: Although few people want to wait in line, the standby queue for Expedition Everest is one of the best anywhere. There are great details that support the story of the attraction. In addition, Everest has a single rider line where, if you are willing to get split up from your party, you can often get on the ride much more quickly than using the usual standby line.

Animal Kingdom tends to clear out early whenever the park closes relatively early. If you stick around to the end, you will often be able to ride many attractions with very short lines during the park’s final hour of operation.

What is your favorite attraction at Animal Kingdom?