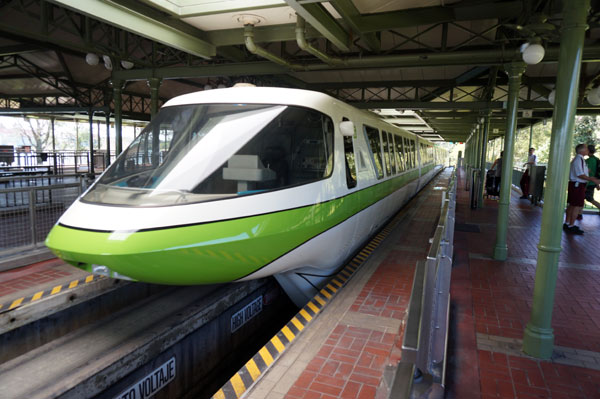 Coming to Walt Disney World in 2017

Walt Disney World has seen a lot of construction lately. Walt himself said that it would never be completed as long as there was imagination in the world. They keep building, keep renovating, keep reimagining, and keep wowing visitors with each new project.

Pandora- The Land of Avatar

Expected to open in the summer of 2017, Pandora – The Land of Avatar has been several years in the making. It’s widely known that Disney doesn’t rush anything, but guests have been waiting for this for a while now. Its opening is set to coincide with the release of the second Avatar movie by James Cameron and Lightstorm Entertainment.

Within this new land will be new attractions and dining.

Avatar Flight of Passage is an exciting simulated ride during which guests will soar through the jungles of Pandora on the back of a Mountain Banshee. Another area, the Bioluminescent forest, will feature the Na’vi River Journey, a family boat ride through some amazing scenery.

If you’re hungry, Satu’ii Canteen, the main dining location for the area, will satisfy your taste buds, though no menu has been released yet. Pongu Pongu will be a drink kiosk with an eclectic design and an even more interesting operator.

You’re sure to want souvenirs from this unique land, so stop by Windtraders for a selection of Na’vi cultural items, toys, and science kits.

Part of the huge expansion of Disney’s Animal Kingdom is Rivers of Light. After physical complications, technical difficulties, a disappointing place holder, and a delayed opening, it looks like Rivers of Light will finally open sometime in 2017, though no approximate date is being given.

As I said, Disney doesn’t do anything quickly, and they had to be sure that this show, which not only features never-before-seen technology but also turns this daytime only park to an all-day park, was absolutely perfect. It tells the story of the connection between humans and animals through water, fire, nature, light, and an original musical score, and if one thing went wrong, the whole show would be off.

Disney Springs has also been renovated in recent years with multiple phases of openings. It looks like the Disney Springs we were promised will finally open fully and completely.

Paddlefish, formerly Fulton’s Crab House, has been renovated with a new wheel design and a roof-top lounge. The restaurant will continue to serve high-end fresh seafood, steaks, and chops for lunch, dinner, and a Sunday brunch.

Planet Hollywood has also been reimagined as Planet Hollywood Observatory with an early 20th century design. The menu, which features burgers and sandwiches created by Chef Guy Fieri, won’t change much, but the cocktails will be renamed with planet, space, and science-y titles! Some of the memorabilia will be changed to fit the theme as well, and the merchandise will reflect the observatory theme.

The Polite Pig, a sister restaurant to the popular Ravenous Pig, will serve up genuine Florida cuisine for lunch and dinner. Selections will include wood fired, grilled, and smoked food plus innovative beverages that are all on tap!

Wine Bar George is Orlando sommelier master George Miliotes’ first Disney wine bar. It will feature over 100 different wines served by the bottle or by the glass in a cozy winemaker’s estate. While the menu will focus on the wine, small plates will also be available.

Disney’s Typhoon Lagoon is getting a new family raft ride! Miss Fortune Falls is based off of the legend of Captain Mary Oceaneer who hunted for treasure around the world. During a storm, her ship was marooned on Typhoon Lagoon. Now, guests can look for her treasures too.

This innovative raft ride will start with a gentle ascent then an exciting adventure through white water leading to Mary’s lost treasure.

Epcot‘s festivals have become quite popular and have even stretched out to fill almost the whole year. The Epcot International Food and Wine Festival and the Epcot Flower and Garden Festival have delighted guests for many years.

Now, there’s a new festival being tested at Epcot: The International Festival of the Arts. It will take place Fridays through Mondays from January 13th to February 20th and will honor a variety of art including visual, culinary (yes, a hint of the Food and Wine Festival), and performing. The performing arts will include Broadway talent at the American Garden Theatre in World Showcase’s American Adventure. Performances will include songs from Lion King, Newsies, and Aladdin. With new art every weekend, the show will never be the same thing twice!

Disney’s Hollywood Studios is the third park to get a recent makeover, and the primary focus here is Star Wars. Fans will love the new seven hour tour with character meet and greets, themed dining, VIP access to attractions, insider info, a dessert party, and VIP viewing of Star Wars: A Galactic Spectacular.

Disney recently announced that there will be a new tour combining two of the best parts of Disney: dining and the monorail. This monorail tour begins at Disney’s Contemporary Resort Hotel for cocktails then moves to Disney’s Polynesian Resort for drinks and apps, and then to Disney’s Grand Floridian Resort and Spa for the main course and a champagne reception in the lobby. The final stop is back at the Contemporary for desserts, drinks, and VIP fireworks viewing of Wishes Nighttime Spectacular.

Disney’s Wilderness Lodge is one of the best deluxe resorts on property, and now it’s getting new cabins and deluxe villas. This Disney Vacation Club area will be called Cooper Creek and will feature waterfront accommodations, a new bar and grill, and a new quick-service restaurant.

As part of the expansion, Hidden Springs Pool will also be reimagined and renamed Boulder Ridge Cove. There will be an expanded sun deck and a zero-entry pool.

Up until now, the cheer and dance groups that came to Walt Disney World to perform used the amphitheater for Indiana Jones Epic Stunt Spectacular which effectively closed the attraction during performances.

Now, there’s a new venue being constructed at ESPN Wide World Of Sports. Its flexible design will accommodate many different events including up to four cheer competitions at once and seat up to 8,000 guests. It can be used as one big room too, or it can be broken down into six regulation basketball or volleyball course and can also accommodate concerts.

Are you excited about additions coming to Disney World in 2017?