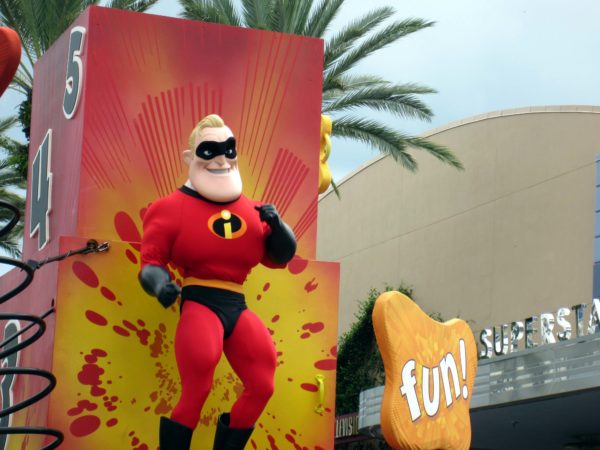 In January 2006, Disney purchased Pixar, which was headed by Steve Jobs, Apple CEO, at the time, for an all-stock deal of $7.4 billion. This gave Disney the right to use Pixar in their parks in anyway they wanted to.

The newest Pixar-themed attraction in Disney World is in the form of a multimedia production at Disney’s Hollywood Studios‘ Theater of the Stars, which is currently home to Beauty and the Beast – Live on Stage.

Beauty and the Beast will continue to perform five shows daily starting at 10am, but Pixar will takeover in the evening for three shows every night beginning May 26th.

The live orchestra will perform music from Pixar movies like Toy Story, Monsters’ Inc., and the upcoming Cars 3 while characters like Woody, Jessie, Mike and Sully, and the Incredibles family join them on stage. The show is called The Music of Pixar Live! A Symphony of Characters.

Back in 2012, Pixar in Concert debuted in San Francisco. The show was two hours long and included projection of movie clips and the orchestra. It even made a stop in downtown Orlando at one point. Disney hasn’t said how similar the Hollywood Studios version will be to the traveling show, but you can assume that it was indeed the inspiration for the new show in Disney World. Also, it’s not going to be as long, and thus won’t include as many song selections.

Disney also hasn’t said how long the show will last. The blog said it’s a summertime offering and hasn’t given an end date. Like most things in Disney World, this is probably a test to check interest. If the show is popular, it will probably continue. However, I can only assume that the logistics of keeping a full orchestra on staff all year round could be a pretty big commitment.

This stage show joins other Pixar attractions in the parks including It’s Tough to be a Bug and Finding Nemo the Musical in Disney’s Animal Kingdom, the Incredibles Dance Party and Monster’s Inc. Laugh Floor in Magic Kingdom‘s Tomorrowland, and The Seas with Nemo and Friends in Epcot‘s Future World. It also comes as Hollywood Studios is completing a massive renovation project of the park where we’ve been promised an entire Toy Story Land.

Are you interested in seeing the Pixar Live! concert at the Studios?