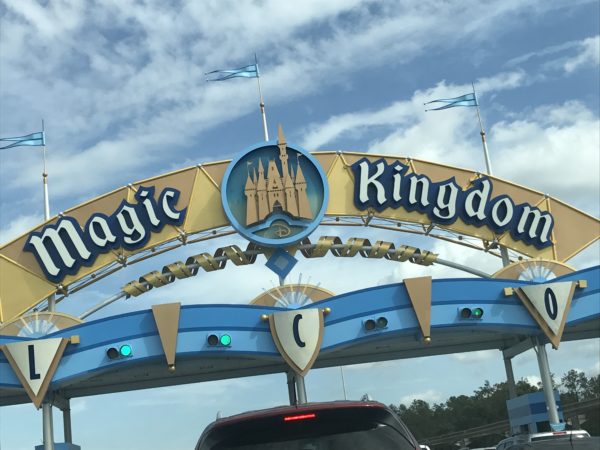 The History of Walt Disney World Closures: Times It Closed In The Past

Hurricane Floyd formed in the Atlantic Ocean on September 7, 1999. By the end of the week, Floyd was set to make landfall in Florida.

On September 14, 1999, Walt Disney World closed early in preparation for the Category 4 storm.

The parks were closed for a full day on September 15th. Hurricane Floyd made a slight turn, and only clipped Central Florida (causing less damage than initial trackers showed).

The September closure marked the first time the parks had ever closed in Disney World’s 28 year history.

As many readers will remember, after the terrorist attacks of 9/11, the country was in a chaotic state. Businesses were closing, parents were picking up their kids from school, and our general way of life as Americans was forever changed.

As news reached executives at the Walt Disney Company that day, the decision to close the parks was made.

The closure of the parks marked the first time Walt Disney World had closed for a non-weather related reason (and only the second time in general).

2004 will go down as one of the most eventful hurricane seasons for Central Florida in recent history. Charley, Frances, and Jeanne all struck the Orlando area and forced Disney World to close (Hurricane Ivan also struck in September 2004 but did not cause closures)

August 13, 2004: On August 13th, Disney decided to close the parks early, and not open Disney’s Animal Kingdom at all.

This would not be the last closure of 2004 for the Parks.

September 26, 2004: Less than one month after Hurricane Frances forced a three-day closure of the parks, Hurricane Jeanne caused a one-day closure.

Meteorologists’ records show that Jeanne and Frances made landfall at the same spot, in the same season – the first time this had ever happened.

October 7, 2016: Before making its way to Central Florida, Hurricane Matthew caused significant damage to Haiti. As Matthew approached Florida, Disney feared it would be the first time in 12 years that they would have to close the Parks.

At 5 PM, on October 6, 2016, the Walt Disney World Parks were closed due to Hurricane Matthew. The parks remained closed on October 7th and reopened on October 8th.

September 10-11, 2017: The closures of Hurricane Irma were really the first time that social media played a big role in documenting the damage that was caused by a storm (and what the closure of a Disney Park looked like).

Irma, which was a Category 5 hurricane, caused Disney World to close early on September 9 and remained closed on September 10th and 11th. Once the Parks had reopened on September 12th, damage from the storm could be observed for weeks after – mainly relative to trees and other landscaping.

September 3, 2019: Hurricanes can be very unpredictable. A storm that may appear to be a low category or on a path directly to one city may veer off and make landfall in a completely different state.

In 2019, Hurricane Dorian appeared to be on a direct route to hit Central Florida. Although the storm did not completely miss Walt Disney World, it made a turn back towards the Atlantic Ocean and Eastern Shoreline states.

The parks did close early on September 3, 2019, only to reopen again on September 4th. As Hurricane Dorian stayed mostly on the Florida coastline, it was determined that Epcot would stay open until 7 PM and Disney Springs would remain open until 8 PM. All other parks closed at either 2 PM or 3 PM.

Like Hurricane Irma in 2017, Dorian was well documented on social media and YouTube. It was around this time that YouTube started to take a significant portion of the media market. A number of well-known YouTube Vloggers happened to be at Walt Disney World for the opening of Galaxy’s Edge (August 29, 2019) and documented their Hurricane Dorian journey.

Starting in the United States in March 2020, the Coronavirus (COVID-19) began directly affecting companies and citizens. Country-wide lockdowns forced businesses to shut their doors for weeks on end.

Soon, new Disney CEO Bob Chapek signaled the company was increasingly concerned about the virus.  Within weeks, the virus turned into a global pandemic.

On March 15, 2020, Disney made the unprecedented announcement that Walt Disney World would close until March 31, 2020.

Fans, business executives, and families all seemed to hope that it will be business as usual at the parks on April 1, 2020.  History now shows us that this would not be the case.

Disney shut down the famous Disney College Program and sent all participants home. Over time, Disney World also laid off thousands of Cast Members. This meant that a significant portion of their workforce was gone.  It also meant that this was not going to be a short-term disruption.

In time, the company looked for ways to restart operations.  The reopening started with Disney Springs.

On May 27, Disney announced its plan to reopen the parks in phases.

As the reopening dates approached, there was some controversy since Coronavirus cases were still on the rise.  Disney Parks executive Josh D’Amaro had to defend the plans to the New York Times.

EPCOT and Disney’s Hollywood Studios reopened to the public (for guests with Park Pass reservations) on Wednesday, July 15, 2020.

Were you ever at Disney World before, during, or after a closure?