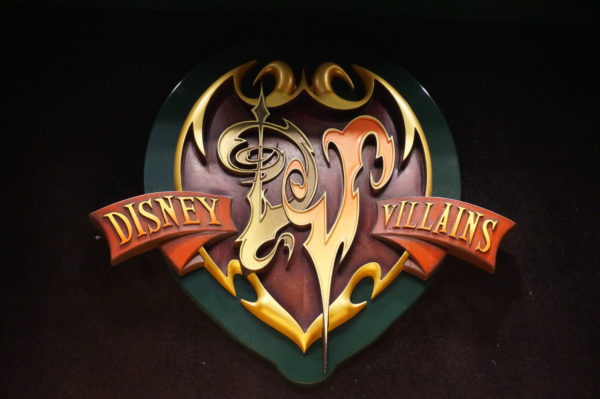 Disney fans dream up lots of things when it comes to what Disney is planning for their theme parks. There are some that have more clout than others and some that keep coming back to the surface regardless of the lack of evidence.

Today we’re going to look at the rumored Dark Kingdom, which is said to be a fifth gate, or park, in Disney World. If you dream of Ursula instead of Ariel and Gaston instead of the Beast, you might want to keep reading.

It’s been just a few years since vague posts about a so-called “Dark Kingdom” emerged online, but these rumors are built on evidence going back more than 30 years.

Basically, the rumor is that Disney has – or had – plans to create a park in Walt Disney World dedicated solely to Disney Villains. The problem is that this park was never created even as a concept. It developed on the Internet, and while some things said to have been built in this park have come to fruition, it doesn’t mean that this park was ever planned.

In fact, the rumor mills have spun the truth to “prove” that a Dark Kingdom was in the works.  Since Disney can’t and won’t formally comment on park plans, and they never totally deny a that a project isn’t happening, the rumors continue.

Personally, I don’t believe we will see a villain-themed park, or even a new fifth park, anytime soon.

Let’s take a look at the top ten reasons why Dark Kingdom will never be built.

The Cinderella Castle Mystery Tour in Tokyo Disneyland is a unique park because Disney does not technically own it. As such, they can do things that would never happen in other Disney Parks.

The Cinderella Castle Mystery Tour was a walk-through experience in which guests were supposed to take a tour of the beautiful castle. Things started going horribly wrong and even the Cast Member tour guide looked scared. The villains were taking over as good characters morphed to bad characters in paintings and mirrors all around the room. A secret passageway opened, and guests were led through scenes like the Evil Queen’s lab complete with a poison apple, the Chernabog from Bald Mountain in Fantasia, and the gnomes from Sleeping Beauty. At the end, guests came face to face with the Horned King as one of the only uses of the Black Cauldron in any Disney Park.

The attraction was hugely successful and villain-themed areas started showing up in parks in the United States. This fueled the rumors of a Dark Kingdom being built stateside.

As The Walt Disney Company tried to incorporate villains into its theme parks, one of the first places was in Magic Kingdom‘s Fantasyland.

The Villains Shop opened in Fantasyland in July 1991 selling all things Disney Villains. They sold clothing, accessories, coffee mugs, and a variety of other souvenirs featuring your favorite Disney Villains like Maleficent, Chernabog, the Evil Queen, Captain Hook, Ursula, Cruella de Vil, the Cheshire Cat, and more. The items were unique, and it was a success until it closed in 1997.

After that, it was briefly a gift shop for The Hunchback of Notre Dame; then in 1998, the villains took over again in Villains Lair, which sold basically the same stuff, but the store had some unique features like a mosaic of Maleficent with large stone pillars topped with her crows. This store remained open until July 2004.

Villains in Vogue was another villains-themed store, but this one is located in Disney’s Hollywood Studios on Sunset Boulevard. The shop name and merchandise changes, but The Nightmare Before Christmas merchandise is often found here, along with other things.

We’re going to start with 20,000 Leagues Under the Sea and end with Expedition Everest, but you’ll have to bear with me while we get there.

When 20,000 Leagues Under the Sea: Submarine Voyage closed in 1994, Disney fans thought for sure that this was the perfect spot for some manifestation of Dark Kingdom – this time as a new land in the Magic Kingdom.

In fact, Disney did create a concept for Villain Mountain, which would be a lot like Splash Mountain but would take place in Hades and be themed with Hercules with a Grand Finale involving Chernabog encountering classic Disney Villains along the way after which you would return safely to Fantasyland.

Disney also temporarily obtained the rights to a Harry Potter Theme Park, which was almost placed here as well. Neither of these came to fruition, and Ariel’s Grotto and Pooh’s Playful Spot took its place.

Villain Mountain wasn’t completely rejected though. The concept looks a lot like Expedition Everest: Legend of the Forbidden Mountain built in Disney’s Animal Kingdom‘s Asia section, which turned out to be the most expensive roller coaster in the world.

After Ariel’s Grotto and Pooh’s Playful Spot were built, it seemed like the Dark Kingdom rumor had been forgotten. However, when Disney World announced that they would be expanding Fantasyland, the rumors arose again.

Seven Dwarfs Mine Train, which has now replaced Ariel’s Grotto and Pooh’s Playful Spot, is dedicated entirely to Sleeping Beauty’s dwarfs.  The evil witch makes a quick appearance at the end in animatronic form.

Disney also built Gaston’s Tavern complete with a meet and greet of Gaston, who loves to love himself even when nobody else does.

Disney Villains also became an official brand around this time much like the Disney Princess brand.

Even with all this, there are still plenty of protagonists in Fantasyland including Alice, Dumbo, Peter Pan, Pinocchio, and the Disney Princesses in Princess Fairytale Hall. Once again, Dark Kingdom is dispelled.

Another event that stirred up rumors of Dark Kingdom was when Disneyland decided to open a second gate called Disney’s California Adventure. The park opened in 2001 as a mix of shelved ideas from other parks (especially the never-built Disney’s America).

It was supposed to celebrate the historic and cultural significance of California, but attendance didn’t meet expectations.  In the park’s first year, California Adventure had fewer than half of the visitors of Disneyland – despite the fact that it was right next door.

When Disney acquired Pixar in 2007, management stepped in to restructure the park, which led to the opening of Cars Land.  Many people thought that this could finally be it for Dark Kingdom.

While Disney was working on the redo, Imagineers opened Blue Sky Cellar, which was a 3D walkthrough exhibit of future attractions coming to Disneyland. The area was a lot like what we know as Walt Disney Presents (formerly One Man’s Dream). One such area within the attraction was associated with Disney Villains like Jafar and Ursula, who were set to be part of a Villain Village that never happened.

This was the first time that Disney openly related to something involving villains that could be real. Again, this never happened, but this really fueled the Dark Kingdom rumors.

Disney also considered an area called Night Kingdom. Night Kingdom would be dedicated to nocturnal animals and would only be open at night. Although it has a similar name to Dark Kingdom, it was never meant to be about villains.

This was more than a concept, and they even surveyed guests asking if they would be interested in such a park. Based on guest surveys and the looming recession, Night Kingdom was never built. Disney was afraid that guests would not like a park that was only open at night; this isn’t a bad assumption since Disney’s Animal Kingdom, a daytime only park, has one of the lowest attendance counts of all Disney Parks.

The Night Kingdom idea didn’t  fall through completely though. When Disney’s Animal Kingdom opened Pandora – The World of Avatar, the park went from a daytime only park to an all-day park. As such, Kilimanjaro Safari could now operate at night, and guests could see animals who were more nocturnal in a very natural setting.

The Maleficent film came out in 2014 and grossed $800 million placing it as the fourth highest-grossing film of the year. This film starring Angelina Jolie placed the title character, the antagonist from Walt’ Disney’s 1959 animated film Sleeping Beauty, as the main character. Jolie has also recently said that a sequel is in the works.

Disney has now released two made-for-tv-movies on the Disney Channel starring the children of the Disney Villains. These two movies, called Descendants and Descendants 2, have been a huge hit.

What’s more, Disney has already said that a Cruella de Vil movie is under way. These films are all very much dedicated to Disney Villains giving credence to the Dark Kingdom Rumors again.

All that said, dedicating a movie to a villain is much easier than dedicating an entire park to them.

Villains Unleashed was a special hard-ticket event in Disney’s Hollywood Studios that featured all villains! The party was first held in 2013, and it was brought back in 2014 with even more villains- a total of 50!

During the party, guests could meet and greet the villain characters, participate in the Hades Hangout & Dance Party, see Oogie Boogie’s Variety Show, and enter the special Star Wars villain zone. There was even a unique fireworks show called Villainy in the Skies and a villain-inspired pre-show to Fantasmic. Guests enjoyed face painting, villain-themed food and drinks, and event merchandise. Some favorite attractions like The Twilight Zone Tower of Terror, Rock ‘n’ Rollercoaster, Toy Story Mania and Star Tours were also open.

Like Mickey’s Not So Scary Halloween Party, guests of all ages could even dress up as their favorite Disney Villain. Adults are not typically allowed to dress up while in the parks.

Disney knew that Star Wars: Galaxy’s Edge and Toy Story Land was just around the corner, so adding anything permanent would have taken away from the lands that would open just a few years later.

While all of these attractions and shows were well attended, Disney knows that when they originally opened Disney’s Animal Kingdom, attendance at other parks dropped.

In the same way, the opening of Pandora did not give Disney World the shot in the arm that they expected.

Instead of adding a new gate, be it Dark Kingdom or anything else, Disney is probably going to try to work with what they have – at least for a while. There are many areas of the parks that need updating before adding more.

Perhaps the most valid reason for dispelling the Dark Kingdom rumors is that villains need protagonists.  The good guys need the bad guys to make them good. Heroes can’t be heroes without their counterparts.  The opposite is also true – the villains need the heroes.

Plus, spending an entire day with villains might just be exhausting. Have you ever been around a negative person all day? It would be kind of like that. I just don’t think a constant draw would be there to justify a permanent park. This is why people love Mickey’s Not So Scary Halloween Party – you can spend some time with the villains then go back to the heroes.

What’s more, Pixar doesn’t really use simple villains in their movies as Disney does. Instead, they use complicated characters who sometimes make poor choices eliminating the need for villains and creating more relatable characters.

Disney has created an entire brand around their villains, though, so they aren’t going anywhere. I just think that they will be relegated to special occasions and parties, and not a fifth park.