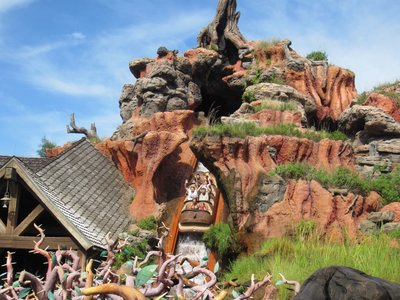 How Disney World Almost Ended Up In St. Louis

If you are familiar with Disney World history, you probably know about how the Disney Company secretly purchased thousands of acres of land in Central Florida to build Disney World. But before that happened, you might be surprised to learn that Disney was seriously considering an alternative location for the second Disney theme park: St. Louis, Missouri.

At first, the choice of St. Louis might seem odd. But there are quite a few reasons why Disney almost put its theme park in Missouri and not in Florida.

Walt spent several very formative years as a boy in Marceline, Missouri. He knew the area well and had fond memories of it. In fact, Main Street USA is modeled after and idealized version of Marceline.

Why Settle For A Movie?

As part of preparations for the celebration of the St. Louis bicentennial in 1964, leaders discussed creating a movie about the city with Disney. Disney suggested that instead of a simple film, they create a full theme park instead that celebrated America’s westward expansion.

In 1963, Walt himself made several trips to St .Louis to discuss the plans for the new downtown park, called “Riverfront Square”. It was to be fully enclosed, and was to have a theme based on the architecture and stories of St. Louis and New Orleans. Disney had detailed plans for the park, which was to include attractions such as:

I’m sure many of these items sound familiar – they ultimately made their way into the Magic Kingdom at Walt Disney World in Florida.

You can see a computer model of the proposed St. Louis Disney park on YouTube (you can easily skip past the first 60 seconds of not-so-informative introduction).

As with many Disney projects, there were complications.

One of the first was around alcohol. St. Louis is closely aligned with the Busch family, as in Anheuser Busch – the beer company. Disney did not serve alcohol in Disneyland and did not intend to serve it in the new St. Louis park – an idea that did not sit well with the Busch. (Ironically, beer and wine are now sold in the Magic Kingdom.)

And finally, Disney soon discovered that he could purchase huge amounts of cheap land in Central Florida, so it would not be constrained for expansion space and could carefully control the environment.

So the deal fell apart.

And St. Louis Got?

Ultimately St. Louis leaders did move ahead with an ambitious plan for the downtown land that was supposed to be used by Disney. After the World’s Fair closed, they purchased and moved the two-story Spain Pavilion and reassembled it in downtown St. Louis. It contained restaurants, shops, and attractions, and was a way to celebrate the city’s bicentennial and it’s time in history as a Spanish colony.

Unfortunately, the St. Louis Spanish Pavilion flopped and eventually became the lobby of a hotel.

What do you think about Disney’s plans for a park in St. Louis?