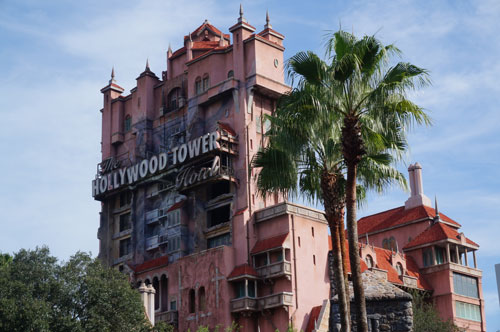 Which Has Better Attractions: Disneyland or Walt Disney World?

This is a much-debated question among some aficionados. We’ve reviewed just a few of the parks’ similar attractions for this very unscientific poll.

(A special thanks to the contributing authors of the upcoming Walt Disney World Resort guidebook from VIP tour Book for their participation in our poll.)

With an incredible, interactive queue and an ax-wielding bride hiding in the attic, the Haunted Mansion at Walt Disney World seemed like a no-brainer to win. Then somebody mentioned Disneyland’s Nightmare Before Christmas holiday overlay. Touché, Disneyland. Touché.

What happens when you take one of the greatest drop rides in the world and give it a smaller footprint? You end up with an inferior ride at Disney’s California Adventure.

We’re not sure if it’s Disneyland’s music playing in your ears or the less-than-fabulous track refurbishment at Walt Disney World’s Space Mountain a few years ago. But the end result is undeniable. Disneyland’s space coaster is just more thrilling.

Yes, we know they’re different attractions, but only the theme overlay varies. The track, vehicles and movements are the same. While the paleontologist wannabes in our group disagreed, those of us who remembered standing in line and feverishly deciphering hieroglyphs at the Indiana Jones ride debut won out. (How many of you remember the decoder cards they used to hand out at Disneyland?) The winner by split decision is Disneyland.

Sometimes the original needs a tweak or two to get things right. In this case, the designs of the log vehicles in both versions of Splash Mountain were the deciding factor for everyone. As a seating configuration, side-by-side is a much preferable to back-to-groin.

With the same awkward seat configuration as Splash Mountain and an ultra-bumpy, bruise-inducing track, even the new Abominable Snowman overlay couldn’t help Disneyland top what is widely considered to be one of the most fun roller coasters in the world (even without any inversions [loops] and with a broken Yeti). Some people may argue this as an apples-to-oranges comparison, but we’re fairly certain Expedition Everest would beat any other Disney roller coaster in a head-to-head competition.

These may not be attractions per se but they are both huge draws for the resorts. Our writers had to admire the use of space for Disneyland’s Downtown Disney. The shops and restaurants are cute and whimsical; everything you would want from a Disney shopping district. The new Disney Springs expansion puts the East Coast ahead, by far. Combine the multiple shopping districts, endless entertainment, exciting eateries, a one-of-a-kind Cirque du Soleil show and the world’s largest Disney Store and you have a clear winner.

Out of these seven attractions, (and based on our opinions) Walt Disney World edges out its West Coast competition. Of course, these are just a few of the fabulous attractions at both resorts.

Which has better attractions: Disneyland or Walt Disney World?