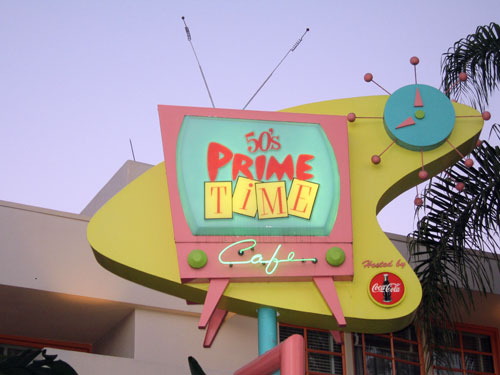 Walt Disney World is known for exciting rides like Space Mountain and Seven Dwarfs Mine Train, amazing fireworks shows like the Happily Ever After Nighttime Spectacular and IllumiNations, and nostalgia in Tomorrowland Transit Authority and The Carousel of Progress. There are also awesomely themed resorts like Disney’s Yacht and Beach Club with Stormalong Bay and Disney’s Animal Kingdom Lodge with the huge savanna housing live animals.

However, you would be lying if you said that you don’t enjoy the incredible food that Disney has to offer. You can find delicious and unique eats all over Disney World including some that give a nod to Disney movies.

Everyone always talks about the Tonga toast at the Kona Café, but I have to say that I like the French Toast Loaf from Magic Kingdom‘s that was once served at the Main Street Bakery too, and it’s easier to make.

Toast your bread lightly under a broiler

Mix together the brown sugar and 1 teaspoon of ground cinnamon

Spray a loaf pan with cooking spray, and place three slices of bread in the bottom of the pan

Sprinkle the bread with 1/3 of the brown sugar mixture

Place the last three slices of bread on top

Whisk together the eggs and heavy cream

Add the vanilla and remaining cinnamon

Pour this mixture over the bread slowly. You may need to use a fork to lift the bread so the mixture evenly distributes among the layers.

Cover the pan with plastic wrap then foil and chill overnight

Cool completely and sprinkle with powdered sugar before serving.

The 50s Prime Time Café provides a step back in history to the 1950s when malt shops were all the rage. Let’s learn how to make one of its most famous milkshakes!

This one is easy!

Stir together the peanut butter and jelly until smooth.

Put the ice cream in a blender and pour the PB&J mixture over it.

Add the milk and blend until smooth.

Enjoy it with your main squeeze!

If you’ve ever caught the aroma of the cinnamon glazed almonds from one of those carts, you know they instantly become irresistible. If you have a hankering for this sweet treat outside the parks, you can easily make it at home!

Melt the butter in a bowl

In a mixer, beat the egg whites with salt until frothy

Add the cinnamon and beat until blended

Fold in the almonds, pour in the butter, and stir

Bake for 40 to 50 minutes stirring every 10 minutes

The almonds are done when they’re glazed and crisp

Be Our Guest remains one of the hardest to get Advanced Dining Reservations in all of Disney World even more than four years after its grand opening. One of the most popular dishes here is actually a dessert: The Grey Stuff. It’s mentioned in the Beauty and the Beast movie, and fans can’t get enough of it.

Whisk together the vanilla pudding mix and milk. Place in refrigerator for 5 to 10 minutes

Blend Oreos in a food processor until crumbly

Chill at least one hour before serving

If you want it to look like it does at Be Our Guest, use a cake decorating bag with the 1M star tip.

The Dole Whip is perhaps one of the most loved treats in Disney World. It’s only available in a few places including Magic Kingdom’s Aloha Isle and Disney’s Polynesian Resort. While you can purchase the mixture from Dole, you can also make it with ingredients you can find in your local grocery store.

Here’s what you’ll need to pick up:

Combine the crushed pineapple, lime juice, lemon juice, and sugar in a blender and process until smooth

Add the whipped cream and process again until smooth

When you’re ready to eat it, fill a cup halfway with pineapple juice and add the frozen mixture to fill the cup

What’s your favorite food in Disney World? Do you have a copycat recipe?