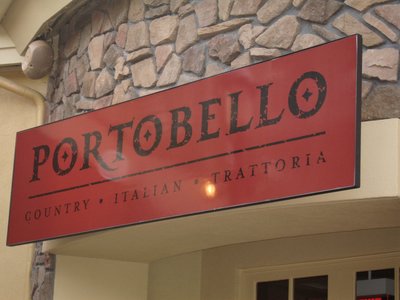 If you have been reading about Disney World vacation planning, you may have heard that you need to make advanced reservations for Disney restaurants.  But, what’s the deal with these reservations that must be made so far ahead? In this article, we detail the ins and outs of this system and how visitors can best navigate it.

What Type of Joint Are We Going to, Anyways?

Before you get too excited about Disney World dining reservations, realize that not all locations require reservations. No need to fret about making a reservation if you are planning to exist on basic hamburgers.  There are lots of options with differing requirements.

As with everything else in the parks, Disney has categories for its restaurants. As with all of Disney’s categorizations, sometimes the jargon surrounding them is confusing. Breaking them down into categories in plain English may help you understand just what they’re reserving six months in advance. Also, there are lots of eatin’ options that don’t require a phone call ahead of time.

Making reservations for the most popular locations is a smart move.

Rapid yet Relaxed: there are several eateries that walk the line between six dollar burgers and forty-one dollar steaks. They serve mainly the types of dishes expected at a counter service eatery but with a dash more panache. The panache doesn’t come for free, of course. A slab of choice salmon will cost more than a filet o’ fish for sure. These restaurants require no reservations.

Service at the Counter: burgers, fries, and the rest of their greasy buddies are widely available at a moment’s notice.

Family Style and Buffet Restaurants: Lots of the dinner shows and some of the most popular restaurants in the parks feature buffets. Of these, virtually all include the presence of Disney characters, who liven up the meal. The Hoop-De-Doo Musical Revue and Mickey’s Backyard BBQ are two of these; they both require at least ninety days’ advance reservations.

The Whole Shebang: Medium to extra-fancy, full service sit-down restaurants of this type are as common as counter service. Be that as it may, they all require months’ worth of advance reservations with the exception of some restaurants in the Disney Springs Resort Area.

Getting In – A Crash Course

The surest way to get reservations at these places for the most impacted times is to use Disney’s reservations website at six a.m. EST on the dot, 180 days in advance, and search by restaurant name. We’ve broken a sample of sit-down restaurants and the typical advance days required to get a reservation for them.

Can’t Let the Numbers Drag You Down

By checking out the table you will see that you can typically get a reservation at the first restaurant on the list (Hollywood and Vine at Disney’s Hollywood Studios) but calling just ten days before your planned visit.  Jump to the bottom and you might be shocked that you probably need to call the full 180 days in advance if you hope to get a table at the ultra popular California Grill at the Disney’s Contemporary Resort.

The advanced planning you need to do may seem severe. But, it’s as important in this instance, as in many challenging aspects of our lives, to not give up. Most people have been through this kind of thing with their banks already. A mystery fee is ‘assessed’ to the account holder’s surprise or some such fishy business. The customer calls the bank only to be told there’s nothing to be done. Repeated calls to customer service accompanied by requests to speak to management sometimes result in the mystery charges being reversed.

Disney reservations are like that; repeated attempts can result in a different result. Imagine that it’s always been Aunt Janet’s wish to have a breakfast at Chef Mickey’s. If you call ahead and find that you can’t get a reservation, all is not lost. Some users have found that the website will permit them to make two reservations for the same time at different restaurants. Often times, they do this to secure themselves a ‘safety’ restaurant in case they change their minds; and just as often, they do so, leaving a spot available for another party’s reservation. At last, Aunt Janet will get her wish and dive into a bottomless bowl of grits while Mickey and the gang dance and cavort about the place! Persistence pays off when making advance reservations; any number of circumstances can result in an open table.

However, keep in mind that Disney is now charging a ‘no show’ fee if you make a reservation and don’t show it.  If you use this trick of making backup reservations, be sure to cancel any you don’t use based on Disney policy.  If you don’t, your meal may end up being twice as expensive as you expected.

While dining reservations give you some peace of mind, they aren’t exactly a guarantee that your meal will begin precisely at the appointed time. Processing Disney dining reservations has more to do with the time that people spend at a table and finish their meal expressed as an average and funneled through Disney’s computer systems of dining reservations. The truth is that behind all the magic is a server farm full of number-crunching machines.  Your reservation time is based on lots of calculations that are generally on target but may still be off.  Set your mind on still having a short wait before begin seated for your meal – even with reservations.

Also, be aware that on top of the already pricey meals that Disney offers there is a significant “Holiday Surcharge” that gets added to all meals (at last count, two dollars per kid and four per adult) during anything but the most off-peak months. It’s not the end of the world, but something to figure into the budget.