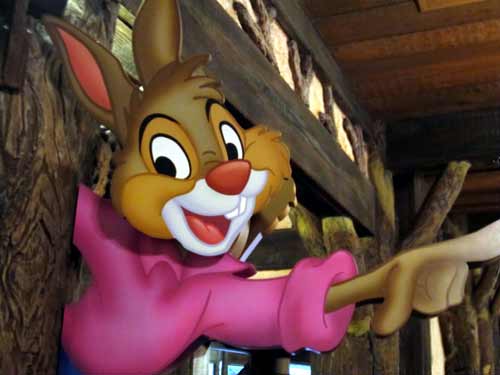 The earliest dark rides, which appeared at large fairs in the early 1900s, were boat rides that carried riders through completely enclosed water canals. Since then, many people have denounced these types of rides saying that the only true dark rides are those that are on tracks, but I beg to differ.

There are many excellent dark rides on tracks in Disney World, but some of the best Disney Dark Rides hold true to their history with ride vehicles traveling through water-filled canals telling guests a story along the way using strategically placed, artificial lighting in multiple rooms with scenery, animatronics, special effects, music, narration, and video. Guests enter each room through a winding path to create a sense of being transported to another time and place.

The Gran Fiesta Tour in Epcot’s World Showcase Mexico Pavilion features the Three Caballeros: Panchito Pistoles, Jose Carioca, and Donald Duck. This slow-moving dark ride meanders its way around the Mayan Pyramid via a waterway through different scenes that depict Panchito and Jose searching for the missing Donald Duck. The three are scheduled to perform that night, and Donald has run off.

The ride, which features live-action footage, digitally produced fireworks, and a flying magic poncho leads guests through the story of trying to find Donald who appears in several scenes throughout Mexico including once as a piñata. When it opened on April 6th, 2007, it was the first attraction in World Showcase to be based on a movie.

4. Pirates of the Caribbean

This exciting dark ride begins with a winding queue through a dark, underground cavern that leads to the ride. Shortly after boarding the boat, riders encounter Blackbeard and Davy Jones then experience a plunge taking them deeper underground and through a canon battle.

It’s a Small World was first created by WED Enterprises for the 1964 World’s Fair. The UNICEF Pavilion, sponsored by Pepsi, almost didn’t have an attraction because Pepsi had such a difficult time choosing which attraction they wanted. Walt Disney was given 11 months to complete the attraction, so he and his team worked tirelessly to create the slow-moving boat ride including 300 audio-animatronic children dressed in colorful clothing and placed in elaborate scenes designed by Mary Blair. These children from all over the world are meant to lend to the overall theme of the ride: global peace.

On October 2, 1992, Splash Mountain opened in Magic Kingdom after a year of construction. This log flume ride is based on Disney’s 1946 film, Song of the South.

The ride tells the story of Br’er Rabbit who leaves home in search of an adventure. Throughout the ride, guests will hear popular songs from the movie including “How do you do?,” “Laughing Place,” and “Zip-A-Dee-Doh-Dah.” Rabbit’s friends, Br’er Fox and Br’er Bear try to find and catch him, but Rabbit eludes them. Eventually, Fox and Bear catch Rabbit and throw him into a briar patch, which sends riders down a 50-foot drop at a 47 degree angle reaching 40 miles per hour. For safety reasons, lap bars were added in January 2011.

Splash Mountain ranks number two on our dark water ride list because, at the time of construction, it was the most expensive project that WED had ever taken on costing around $75 million.

1. Living with the Land

Living with the Land, originally Listen to the Land, opened with Epcot on October 1st, 1982 in The Land Pavilion. The slow-moving boat ride lasts just under 15 minutes and takes guests on a tour of various greenhouses and even an aquacell with the goal of teaching them about more environmentally-friendly and efficient agriculture.

The ride begins with a thunderstorm then goes through various biomes including a rainforest, a desert, and an American prairie complete with heat, wind, and mist effects. These rooms are meant to show guests that storms that we think are destructive are actually beneficial for the land.

The second part of the ride shows guests the greenhouses where they grow plants in both hydroponic and aeroponic environments and fish farming in the aquacell. Crops include bananas, cacao, jackfruit, and peach palm in the Tropics Greenhouse, giant pumpkins, winter melons, pamelo, and a nine-pound lemon in the Production Greenhouse, tomatoes, eggplant, peppers, and lettuce in the String Greenhouse, and squash, basil, rosemary, and cabbage in the Creative Greenhouse.

All of this is enough to make Living with the Land our number one water dark ride in Disney World, but there’s even more for Disney to brag about. At any given moment, the Biotechnology Lab in the Creative Greenhouse has several USDA certified scientists performing research in this sterile environment.

Not impressive enough for you? A tomato tree in the String Greenhouse, an innovative high-density greenhouse, is in the Guinness Book of World Records for being the largest and most productive plant in the world. It yielded 32,000 tomatoes in just 16 months!

If you are interested in learning more about Disney’s growing techniques and how you can use them yourself, you can book the Behind the Seeds tour for just $16 per child and $20 per adult. In this one-hour tour, you’ll get to visit the fish farm during feeding time, see real American alligators, release ladybugs into the greenhouse, and you’ll even receive a handout explaining how to maximize the efficiency of your own garden.

Which Water-based Disney Dark Ride is your favorite?