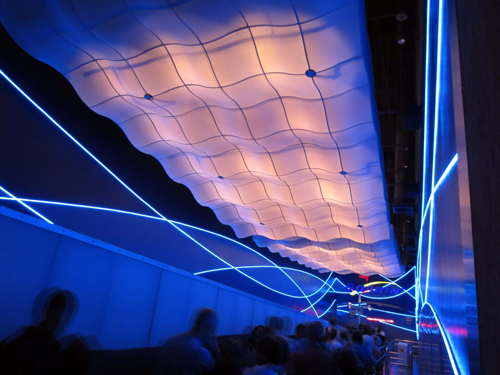 The Top Must Do Attraction in Each Walt Disney World Park

If you visit Disney World enough times, it’s likely that you’ll find yourself going back to the same attractions time and again. There are probably many things you like in each park (that’s why you keep coming back), but is there one attraction that stands out as having become a tradition – a “must do” attraction whenever you visit?

Of course, there is no one list of “must do” attractions that is right for everyone.  Different people have different tastes.  However, sharing our preferences and our Disney experiences is all part of the fun, right?

Let’s take a look at my list of the top “must do” attraction at each park:

Magic Kingdom is an incredible park with world-class rides, delectable desserts, and famous icons. Perhaps more than any of the other parks, it is hard to pick just one “must do” here.  It’s like trying to answer which child is your favorite.  Impossible, or at least not very fair.

However, the show must go on.

If I have to pick just one “must do” at the Magic Kingdom, it is the Pirates of the Caribbean.  It’s a classic dark ride.  It’s an amazing 3D story that unfolds before you.  It’s a prime example of Disney synergy, where an attraction spawns a movie which then updates the attraction.  And it’s just plain fun, and usually has little or no wait time to boot!

Here’s to you, Pirates! 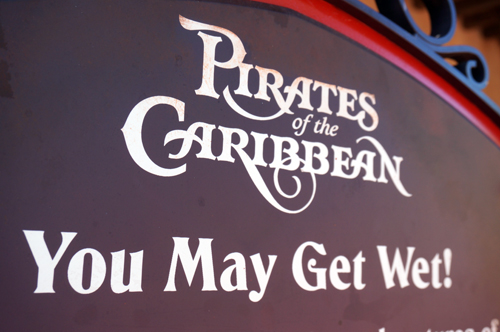 For me, Pirates is a must do attraction at the Magic Kingdom.

Epcot is an amazing park because of the variety available in one place. From a look at the future to a look at culture, it’s hard to beat – and there is a lot of good stuff to eat!

For me, Soarin’ is my “must do” in Epcot. It is unique, thrilling, and easily accessible all at the same time.  The only drawback: really long lines.

I love the story of how Disney Imagineer Mark Sumner came up with the design for the attraction.  While at home on Christmas Vacation, and frustrated with his team’s lack of progress on the proposed ride, Mark started playing with his old Erector Set. He was so determined to make the ride, originally called “Ultra Flight,” that he created a working model himself – during his vacation.  He returned to his team rejuvenated and with a working model of the ride vehicle in hand. The attraction itself, as well as the story behind its development, inspires me every time I ride it.

Soarin’ is a favorite for many people, so the wait times can get very long.

I love the look of the “Hollywood that never was and always will be” that defines Disney’s Hollywood Studios.  Top on my “must do” list at the park list is the Rock ‘n’ Rollercoaster. Nowhere else have I experienced the adrenaline rush that I do on this coaster. When I get off the ride, I feel like I’m spinning in a “so bad, it’s good” kind of way, and I kind of like it.  Rock on! 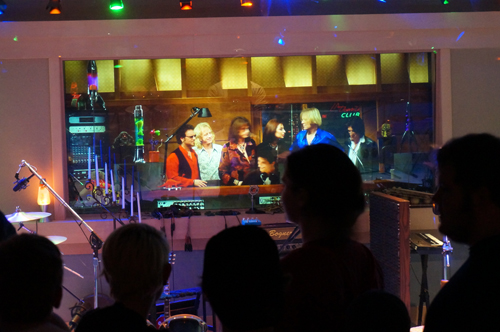 Rock ‘n’ Rollercoaster stars Aerosmith, and you’ll jam to their most popular hits as you careen through the Hollywood Hills in the stretch limo.

Disney’s Animal Kingdom also offers guests an experience that is hard to find elsewhere. Even though it is technically a zoo, it doesn’t have a zoo feel. The animals seem to almost roam freely especially on my favorite attraction: Kilimanjaro Safaris. 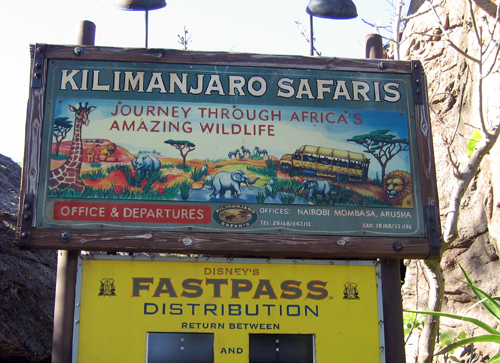 Kilimanjaro Safaris is different every time and is one of the most popular attractions in Animal Kingdom.

Perhaps I love this attraction because it’s never the same or maybe it’s because I love the idea of seeing animals in their natural habitat. Regardless of the reason, I always find myself oohing and awwing at the beautiful animals. I promise myself that I won’t take a hundred pictures “this time,” but I always do anyway.  Thank goodness for inexpensive memory cards!

Your “must do” list is probably different from mine, and that’s okay. Usually our “must dos” have some kind of emotional connection to our childhood, our first visit, or the people we visit with. We identify with the attraction in a way that takes us back and forces us to recall memories of very happy times, tying these happy feelings to our current emotional state.

Whatever the reason for your favorite attractions, don’t ignore tradition; make it a point to visit every time you’re in the park.

If you could do just one attraction at Disney World, what would it be?