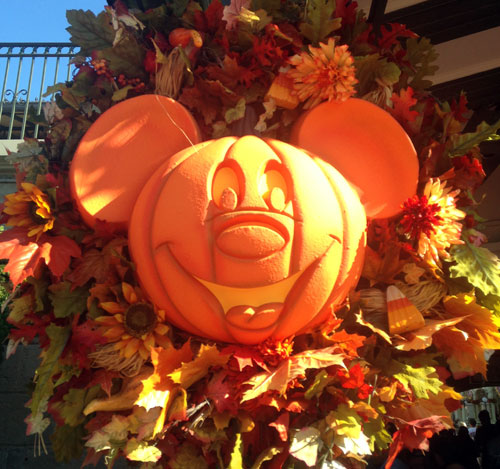 The Fun of Spotting Hidden Mickeys in Disney World

There is so much to do in Walt Disney World, but much of our time is spent waiting in line. Disney is constantly developing ways to shorten wait times, including interactive queue lines, FastPass+, and MyDisneyExperience, but the clever people at Disney may have hidden some fun right before your eyes!

Looking for hiding Mickeys can pass the time, and you can even make it a competition! Whoever spots the most hidden Mickeys gets a special souvenir or whoever spots the least has to buy a Kitchen Sink dessert for everyone.

Spotting these elusive little guys can be tricky, though. Here are some tips to help you in your search.

1. Understand the history and intention of the Hidden Mickey

Hidden Mickeys original started as an inside joke among Imagineers. They would hide the classic Mickey shape in all sorts of attractions including sidewalks, rides, décor, hotels, and stores as a way of leaving their mark on the attraction.

2. Know what to look for

A hidden Mickey is a tri-circle image reflecting Mickey’s head concealed in a Disney attraction. The image must be intentional, not accidental, and the circles should be proportionate.

This means that three circles of the same size are not generally accepted as hidden Mickeys; likewise, a head that is disproportionately large compared to the ears or ears that are disproportionately larger than the head circle are probably not hidden Mickeys. Since our eyes are trained to recognize patterns of three, you may “find” something that doesn’t really exist.

Mickeys that are too obvious are considered decorative Mickeys, and are also not considered hidden Mickeys.

Hidden Mickey shapes can often be found in attraction décor, stone (like in the queue line in Seven Dwarfs Mine Train) and metal indentations (like the one in an Expedition Everest oil lamp). Many hidden Mickeys are merely well-placed shadows.

Disney doesn’t keep a master list of hidden Mickeys, so it is our job to find them. Many Disney fans have recorded their findings on blogs and forums.

You should be aware that things at Disney World change constantly. A Mickey that was there when you visited in December may not be there when you visit in March since many hidden Mickeys are found in décor like Christmas ornaments, garland, leaves, and flowers.

For example, the hidden Mickey on the Jungle Cruise sign might be covered up when the ride transitions to the Jingle Cruise at Christmastime.

Keep a record of what you find so you can share with fellow Disney fans on social media or tally up the winner at the end of the vacation.

If you want some help in your search, you can purchase a guide. Guides come in the form of books, forums, blogs, and even apps for your phone or tablet. Some guides even have a checklist system that allows you to keep track of what you find vacation after vacation.

Do you like finding Hidden Mickeys?
Leave your comments below.