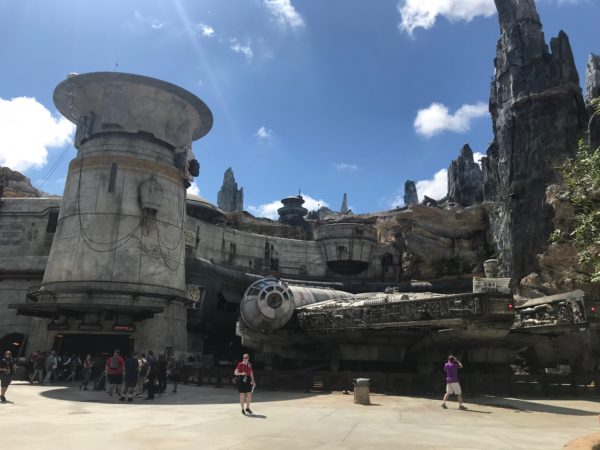 Disney is prepared for massive crowds when Star Wars: Galaxy’s Edge opens tomorrow in Disney’s Hollywood Studios. Part of their plan includes utilizing a virtual queue system, which was also planned for Disneyland, but it wasn’t used because the crowds never came.

In fact, there are already digital tip boards stationed in the park.

Disney says they will use the virtual queue on an as-needed basis, and that guests should download the MyDisneyExperience app before arriving in Florida. You will use this app to check in and request a boarding group, which grants admission to Batuu, once you have arrived in the Studios.

If you are not using MyDisneyExperience, you can talk to a Cast Member on the Guest Experiences Team, located in Echo Lake, Pixar Place, Sunset Boulevard, and Center Stage, to request a boarding group.

The advantage of the boarding group and virtual queue system is that you can explore the rest of the park while you’re waiting to be admitted to Batuu instead of waiting in long lines.

If you have Advanced Dining Reservations at Oga’s Cantina or reservations to build a lightsaber at Savi’s Workshop or a droid at The Droid Depot, these reservations will be honored regardless of capacity.