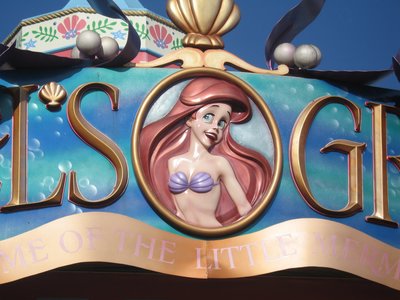 Walt Disney World has officially announced a wave of new features coming to the resort, most notably the attractions in the new Fantasyland. Fantasyland at Magic Kingdom has been in the process of undergoing its largest-ever expansion, one that has doubled the size of this popular area. Disney has now released some confirmed dates for the expansion’s opening, as well as news about a few other bits and pieces around the theme parks and resort.

The first pieces of the new Fantasyland opened in March of 2012, allowing guests to ride one half of the renovated Dumbo the Flying Elephant ride, as well as the renovated Barnstormer roller coaster, now re-themed to star Goofy as the Great Goofini. Both of these attractions are in the new Storybook Circus area of Fantasyland, distinguished by a number of circus pavilions. March also saw the opening of the new Fantasyland station of the Walt Disney World Railroad.

Beginning in July of 2012, the next phase of the Fantasyland expansion will be open to the public. This phase will incorporate the remaining elements of the Storybook Circus. The Casey Jr. Splash N’ Soak Station will open just in time to begin cooling off visitors during the height of the Florida summer heat. Also debuting at this time is the highly anticipated expansion of the extremely popular Dumbo the Flying Elephant aerial carousels. This ride has been doubled up to include a brand new carousel, and an interactive queue area has also been incorporated into the attraction.

Walt Disney World is saving some of the most exciting pieces of the Fantasyland expansion for the 2012 holiday season. These include the Beast’s Castle from “Beauty and the Beast”, home to the brand new Be Our Guest Restaurant. One highlight of this restaurant will be a set of elaborate chandeliers copied from the film itself.

Below the Beast’s Castle is Belle’s Village, where two new features will be welcoming visitors during the holidays. Gaston’s Tavern will be open for hungry and thirsty guests (no alcohol will be served in this tavern), and Enchanted Tales with Belle will also be ready. Enchanted Tales takes place at Belle’s cottage, where guests participate in an interactive storytelling experience.

The final attraction to open with the holiday season is the dark ride Under the Sea: Journey of the Little Mermaid. Guest will ride in clamshell vehicles to an undersea world filled with characters and music from the Disney film. Guests will also be able to enter Ariel’s Grotto for a character greeting with the Little Mermaid herself.

Most of the remaining elements of the new Fantasyland will open during 2013, including Princess Fairytale Hall. This extensive character area will allow children the opportunity to meet and interact with the full line-up of new and classic Disney princesses, from Cinderella to Rapunzel. This hall will sit on the site currently occupied by the classic (but intimidating) ride Snow White’s Scary Adventures. However, Disney’s very first animated feature film will certainly not be absent from the new Fantasyland. Opening in 2014 will be the brand new Seven Dwarfs’ Mine Train, and it will be one of the centerpieces of the expansion.

Other news from around Disney World includes some updated shows and attractions, as well as some new items of Disney collectibles.

The Magic Kingdom projection extravaganza the Magic, the Memories, and You is getting a face lift beginning at the end of May, 2012. It will include new music and new scenes from “The Little Mermaid”, “Phineas and Ferb”, and “The Lion King”.

Test Track, a vehicle test-driving ride at Epcot’s Future World, is being redone to include a new preshow that allows each guest to customize their own vehicle and then test it for performance on the track.

In merchandise news, a Droid Factory opens May 10, 2012 at Tattooine Traders in Disney’s Hollywood Studios, where guests can build their own “Star Wars” style droid. MouskeEars are coming in the fall of 2012; these are miniature collectible versions of the popular Disney ear hats. Finally, a vinylmation version of the pink Cinderella Castle from Disney World’ 25th anniversary will be available in summer 2012.