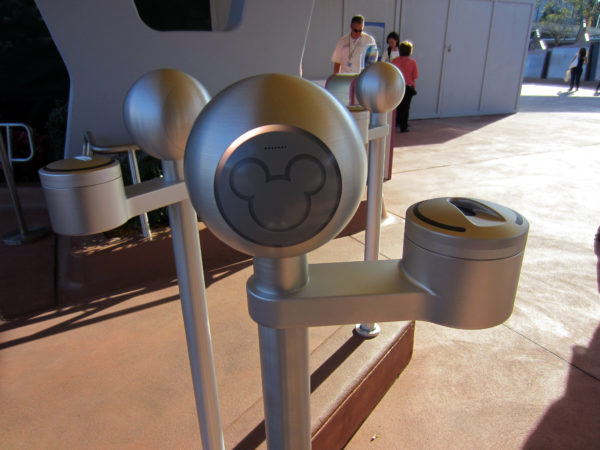 Disney World, Your Fingerprints, And The US Government

For all the innovation and new development that Disney does, it sometimes pushes the boundaries of technology into new territory. That can mean dealing with issues like data privacy.

Disney’s run-ins with data privacy aren’t new, and, while Disney has interacted with the government in the past, sometimes it has been instrumental in shaping how the government works. That was especially true after the terrorist attacks on 9/11.

Why Disney Cares About Your Fingers

Before we get too far, let’s look at why Disney cares about fingerprints and goes to all the trouble and expense to deal with the issue.

The answer is in one word: money.

It’s the fact that Disney has made a policy that admission tickets are not transferable, which means Disney can make a lot more money.

That’s a lot of money.

The same issue exists for annual passes. If an annual pass holder could lend their pass out to all their friends, Disney would lose out on huge sums of money.

So carefully monitoring and tracking the actual person associated with each admission ticket is of huge importance to Disney, and is worth a lot of money.

A spokeswoman for Disney explained that Disney does not keep a database of fingerprints. Instead, they take an image of your fingerprint and then use a computer program to measure the distances between a series of points. They then take these measurements, run them through some more computer programs, and turn all that data into a single number. That number is then associated with your admission ticket. Reports suggest that the number isn’t completely unique to you: it is more unique to about 1 in 1,000 people. Disney states that it does not store the image of the fingerprint itself.

Disney does allow people to opt out of the system and use photo identification instead – although this is not widely publicized because it would slow down the admission process. Disney also says that the scanned information is stored separately from data in other system, and is purged 30 days after the ticket expires or is fully used up.

However, all this information doesn’t satisfy skeptics like the Electronic Privacy Information Center. They are concerned that Disney is using technology typically reserved for high-level security monitoring and access, and that fact is where things get interesting.

The idea of using high-security finger print identification biometrics isn’t new to governments. They use these concepts frequently in border control situations. After the terrorist attacks of September 11, 2001, utilizing technology to control access to the United States became an urgent matter, and they needed Disney’s help.

If governments do this sort of thing already, why were they interested in help from Disney World?

Because Disney World does it big, or, in other words, with millions of people. At the time, Disney’s fingerprint scanning system was considered the largest commercial application of biometric identification in the world, and it was very successful.  To the general public, it works quickly and efficiently.

After the terrorist attacks took place, the Federal Aviation Administration pulled together a group of industry experts, including Gordon Levin who was an executive for Disney, to develop a plan for using biometrics at airports. Other Disney executives like Disney Imagineering executive Eric Haseltine also left Disney, and went to work for government agencies like the National Security Agency.

The final outcomes of this cross-pollination between Disney and the government is not clear. Sources report that Eric Hasteline, for example, left the government and now works in private consulting, and we don’t generally see fingerprint scanners in airports, although we do see some face scanning showing up.

While we don’t expect to see the famous “Mickey head finger print readers” in the airport anytime too soon, it is interesting to know that Disney’s use of technology was considered so advanced that the government decided to ask for their help.

Are you OK with Disney’s collection of your biometrics (“fingerprints”)?