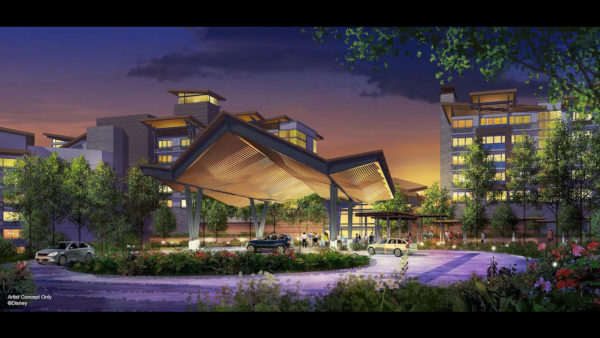 The online community of Disney fans around the world are dedicated, smart, and creative. Although not foolproof, rumors are often confirmed or dispelled within this community well before Disney makes an official announcement.

Fans and reporters have tried to decode the current status of Disney’s newest Disney Vacation Club (DVC) resort (not yet constructed) Reflections- A Disney Lakeside Lodge.

For the 2019 D23 Expo, Disney made several big announcements about what to expect for the future of Walt Disney World. Among these announcements were detailed plans about new phone apps, the EPCOT overhaul, and a new DVC Resort labeled: Reflections – A Disney Lakeside Lodge.

Recently, the Disney social media world was set ablaze with the discovery that the new resort was removed from Disney Parks Blog’s entry detailing all the announcements from D23. The entry included the plans and concept art for Reflections.

It has been a long, but unconfirmed rumor, that Reflections would be significantly delayed or completely scrapped all together due to the COVID-19 closures and poor Q3 earnings.

Please note that the deletion of this portion of the entry was not paired with an official announcement from Disney. It’s also worth pointing out that the same post includes portions of EPCOT’s overhaul that have been confirmed as being delayed (rumored to be canceled).

It is rather interesting to see such a significant portion of Disney’s official blog redacted.

Will Disney delay more DVC resort for the future?