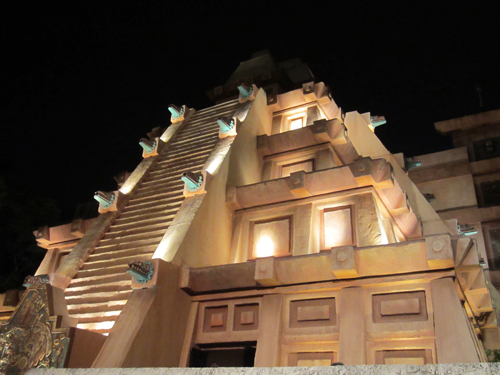 New Tour of Epcot Takes You Behind the Scenes

There are many tours in each of the four Disney theme parks from a behind the scenes look at The Land in Behind the Seeds, to a dive with dolphins, a look at the trains of Magic Kingdom, or Wild Africa Trek at Animal Kingdom to name a few.

World Showcase has always been notably missing from the tour scene, though. This is not the case anymore!

Disney recently introduced World Showcase: DestiNations Discovered Tour. This is a five-hour walking tour through the 11 country pavilions of World Showcase. Guests will travel through 4,000 years of culture and history while taking an up-close look at the creation and design of each country including 3-D replicas (some of which use forced perspective) to recreate some of the world’s most recognizable architectural icons.

Walk through the streets of Paris, the villages of the United Kingdom, and the shops of Germany, and see what inspired Disney animators to create some of the classic Disney movies that we know and love.

This tour will not only be on stage but also go backstage to see how the magic is constructed and bring to light key historical elements throughout World Showcase.

Although no information is listed on Disney’s website at this time, the tour is said to cost $109 per person and is only open to guests 16 and older. The cost per person includes a meal at Restaurant Marrakesh in the Morocco pavilion, which is the only pavilion fully funded by the country itself.

Would you like to see behind the scenes of Epcot on the new DestiNations tour?
Leave your comments below.