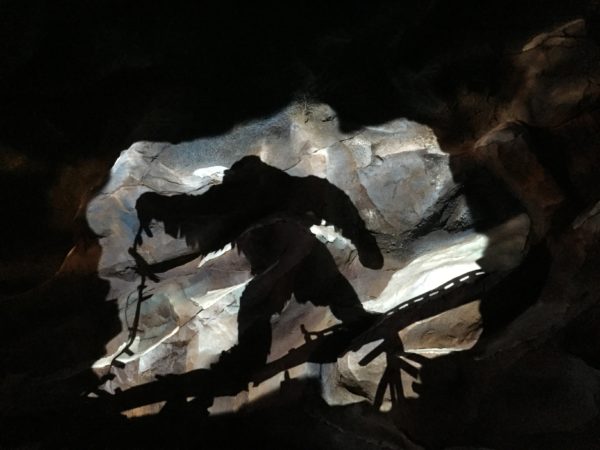 Joe Rohde Retiring: Will the Yeti Ever be Fixed?

Joe Rohde announced that he would be retiring effective January 4th, 2021 saying that he’s not in the middle of any major projects, so he can leave without much disruption to the company. Rohde has become one of the most recognizable Disney Imagineers during his 40 years with the company. His projects include the entirety of Disney’s Animal Kingdom plus the addition of Pandora: The World of Avatar in 2017.

He also headed up the design and execution of Expedition Everest, which set a Guinness World Record for being the most expensive rollercoaster ever built. The ride has three independent structures including the exterior mountain, the interior coaster, and the Yeti structure in the middle.  None of the structures touch each other.

Expedition Everest: The Forbidden Mountain opened in 2006 under the supervision of Joe Rohde. The story goes that you are on an expedition on the forbidden mountain, which is much more perilous than Mount Everest when you realize that the track has been destroyed. Your train suddenly zooms backward, and you encounter a yeti who apparently ripped the track and now he’s after you! He reaches his arm down but narrowly misses you.

At the time, the Yeti was the largest and most complex audio-animatronic Walt Disney Imagineering had ever created. It is 25 feet tall and has skin held together by 1,000 snaps and 250 zippers.  There are 19 actuators inside. These actuators are used in the Yeti’s A-mode to move the Yeti up to five feet horizontally and 18 inches vertically.

Shortly after it debuted, the Yeti suffered catastrophic damage presumably in the concrete base structure due to lack of curing when it was built. If the yeti were to operate in A-mode, the entire attraction might be damaged. Since then, the Yeti has only operated in B-Mode, which uses strobe lights to simulate movement. This version of the yeti has been dubbed “Disco Yeti” by Disney fans.

While the Disco Yeti holds a special place in the hearts of Disney fans, we have always hoped that the Yeti would be repaired. This hope was spurred by promises from Joe Rohde to fix the yeti. He cautioned in 2013, though, that the Yeti is a “giant, complicated machine sitting on top of like, a 46-foot-tall tower in the middle of a finished building” making it very difficult to fix. Essentially, they’ve determined after much assessment that the entire superstructure would have to be dismantled to fix the Yeti, which requires a shutdown and major refurbishment of the entire attraction.

With Rohde’s retirement now less than a month away, and two major holidays within that time – not to mention that there is still a pandemic going on – it is unlikely that the Yeti will be fixed under his supervision.

Do you think the Yeti will ever run in A-mode again?