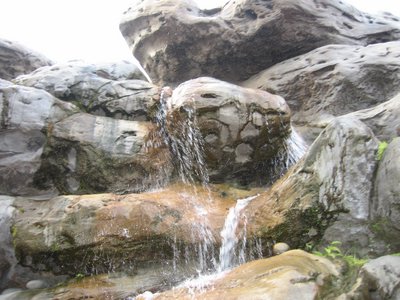 In the scorching heat of summer, staving off the boredom one associates with long lazy days, few things can rock your world harder than a Slip and Slide. Sloshing around on a thin layer of plastic covered in the coldest water your hose can offer, really what could be better than that refreshing shock? Comparable, and possibly indeed better, is the feeling of splashing around in one of the Disney World water parks after a long day of fun under the hot Florida sun – or even to start off the day, if you prefer.

Disney’s Water Parks, Typhoon Lagoon and Blizzard Beach, are actually the two most visited Water Parks in the world. Each averages around 2 million guests every year. So just why are these two Water Parks so darn popular? Is it merely the fact that they are a welcome break from the theme parks at Walt Disney World Resort, the world’s most visited theme park resort? It is certainly easy enough to write this off as being the case, but Disney’s Typhoon Lagoon Water Park and Disney’s Blizzard Beach Water Park, in truth, have something above and beyond this that makes them special. Some would call it, “magic.” Walt Disney World Resort is the most magical place on earth, after all.

Others would prefer to call this unique quality innovation. The innovation that went into the parks scheming, theming, and constructing is what gave these Water Parks the edge to call themselves the most visited Water Parks in the world. So, what special qualities demonstrate this magic, or innovation, or whatever you prefer to call it?

Just as Walt Disney World Resort has constructed 4 different and unique theme parks, each unforgettable in its own way, it has constructed Water Parks – with themes. Disney’s Typhoon Lagoon is strewn with the remains of an island paradise. Fishing equipment, ships, and sea treasures – like shells – and such are all used to decorate what used to be a boring old beach resort. The highlight perhaps is the park’s centerpiece, the Miss Tilly, a ship impaled upon Mt. Mayday, which erupts in a magnificent 50-foot jet of water every 30 minutes. The park’s mascot is a alligator named Lagoona Gator, a close relative of Ice Gator, the mascot of Blizzard Beach.

The theme, or “story” behind Blizzard Beach, was that a snow storm somehow fell upon Orlando, Florida, so what did they do? Built a ski resort, of course. Wouldn’t you? When the snow melted, and the equipment remained, a fun loving gator, Ice Gator helped them convert the ex-ski resort into a Water Park! The 90-foot ski hill in the middle of the park is actually the 5th highest point in Florida. It is the little touches like that that really help Walt Disney World Resort’s Water Parks stand out. They needed a ski hill, so they built something that could feasibly be a ski hill – at least in Florida.

Besides boasting the 5th highest point in Florida, the Water Parks boast a few other “world’s blankest” innovations worthy of mention.

Located in Blizzard Beach, Teamboat Springs is 1,400 feet long. This makes it the world’s longest white-water raft ride. This attraction will have you twisting and turning down water falls at a heart-stopping pace. This of course is why the ride has various health restrictions, but for young and healthy guests, the only restrictions are no fewer than four and no more than six in a raft.

This slide is unique, because it is a side-by-side racing slide. Downhill Double Dipper, in fact, is just about one of the only ones of these slides in the whole world. The true innovation in this ride is that it so well mimics a ski race. These side-by-side slides, 50 feet high by 230 feet long are decorated with flags, ski racing graphics, timer clocks, and a finish line. Now that’s just cool.

Typhoon Lagoon Surf Pool is the world’s largest outdoor wave pool. This pool runs on a cycle of ten minutes of bobbing waves, and five of calm waters – all day, everyday. Whether you want to play in the shallows with the kids or body surf in the thick of things with the pros, this is Water Park fun that anyone can enjoy. A dip in the wave pool is like that first splashing run down your Slip and Slide on that hot day in the summer – pretty darn hard to beat.

Summit Plummet is 120 feet tall, and 360 feet long, making it one of the world’s tallest and fastest free-fall water slides. You rocket down this slide at about 50 to 60 miles per hour, making it about an 8-second plunge down. How’s that for a rush? There is even a read out so that you can see how fast you’re flying, feet first towards the bottom.

Among the most innovative of the Typhoon Lagoon attractions are the white sand beaches and snorkeling adventure, “Shark Reef.” Both attractions help to make you feel like you really are on a beach, trashed by a hurricane, but still beautiful, especially under the waves. Shark Reef is a safe adventure that allows you to see live sharks and other tropical fish on the reefs. Amazing, and the best part? The fish are used to people, so they don’t startle as easily as their wild cousins.

Included in the list of things that set Walt Disney World Resort’s Water Parks, Typhoon Lagoon and Blizzard Beach apart, the convenience of services made available to rent lockers. Life jacket rentals, are available too, to ensure the comfort and safety of all guests, regardless of swimming ability. Also, there’s the guest services at Disney’s Typhoon Lagoon, which help guests with disabilities to enjoy the water parks in a way they could not otherwise. The same services are available at Disney’s Blizzard Beach, of course.

The rest of the magic comes in the form of money saving innovations. Walt Disney offers not only vacation packages, like the Magic Your Way Package that allows you to bundle a ticket for park admission, hotel stay, and dining, but also other special deals like the Armed Forces and Florida Resident Discounts. These deals and discounts can save you up to 50 percent or more. So what are you waiting for? Put away that Slip and Slide, but keep the bathing suit, and head on down to Walt Disney World Resort for a real refreshing adventure at their Typhoon Lagoon and Blizzard Beach Water Parks.