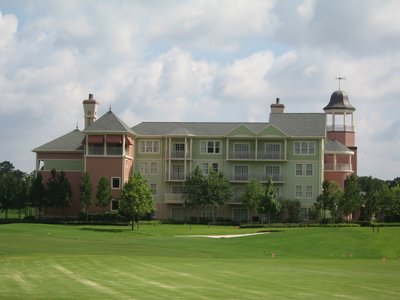 Aside from the many other things that draw vacationers to Orlando, Florida attracts tourist dollars with its strong golfing tradition and sumptuous, sprawling courses. There’s plenty of this sport to be enjoyed.  Let’s take a look at Disney World golf options as well as options for golf away from Disney property.

Walt Disney and friends made their initial foray into the golf world in the early 1970s with their Disney GolfResort. It was a pretty incredible location (the pools and restaurants were dazzling for their era), but in the end was insupportable. Fortunately for Disney, the Professional Golf Association (PGA) agreed to hold a tournament on Disney’s greens in 1971, launching over forty years of unimaginable success. This stop on the PGA tour (the Children’s Miracle Network Classic) has become one of its high points for golfers and fans alike, and a very integral part of Disney World’s continued success.

The Disney courses have of course expanded and contracted over the years. There are currently five where there were once seven, and one more is scheduled to close and another (Eagle Pines at the Bonnet Creek Golf Club) to open. The Oak Trail, Lake Buena Vista, Magnolia and Palm courses will be untouched by this flux. On the other hand, Osprey Ridge Golf Course overstayed its welcome.

The number one factor in the inundation level at the courses is the same as it is at the theme parks: timing. High season in Florida golf is between the months of January and May, almost the photo negative of the high season at the parks which is extends from the summer months through the New Year.  No matter The Season, it pays to book at Disney’s golf courses on days aside from Thursday through Sunday and to select tee times in the later afternoon. This results in maximum possible crowd aversion. But how about the courses themselves?

Disney’s Magnolia golf course was designed by Joe Lee and is a very long course with interesting terrain features. The PGA tour is played on this course among others, so the pros and guests alike are treated to an exceptionally long course that is at the same time a bit forgiving. The Palm also hosts the PGA tour and is a Joe Lee joint like the Magnolia, but stands out as the best of all the Disney courses. The course incorporates both very challenging features such as its 18th hole situated on an island and a range of different courses broad enough to accommodate all skill levels.

The Oak Trail course is a nine-holer aimed at the greener set who need an introduction to the sport. Designed by Ron Garl, this course may have only nine holes but the par for both of its tees are 36, translating to a fully-formed course and not just a ‘taste’. Coming in somewhat last is Lake Buena Vista Golf Course, whose inundation with housing makes for a real bother when playing through.

There are plenty of golf options on the Walt Disney World Resort property, but there are also many other fine courses that await the Orlando vacationer who wants to get their golf on.

Arnold Palmer’s Bay Hill Club and Lodge, for one, offers guests of the resort the chance to play A.P.’s fabled course. The King himself tries to make daily appearances at this club (sipping, of course, his trademark drink). The course is a combination of Champion and Challenger; three nine-holers that host a stretch of the PGA tour and are renowned for their difficulty early on.

Not to be outdone, Jack Nicklaus designed the Grand Cypress Golf Club‘s new course to be a tip of the hat to the native land of golf, St. Andrews in Scotland. A lack of trees means the wind is free to play with golfers’ balls to no end, exactly like on Scottish courses. Grand Cypress’ North, South and East courses (each nine holers) are also worth playing, especially the South course, which received Nicklaus’ tender attentions in 2007. This beautiful course has played host to the PGA and LPGA many times.

ChampionsGate, just a few exits down Interstate 4 from Disney, plays host not only to acres of shopping but to the ChampionsGate International Course, part of the Omni resort, boasting two courses designed by Greg Norman as well as David Leadbetter’s Golf Academy’s headquarters. The International course calls up British links-style courses and is not to be missed. The National course is another Greg Norman product, marked by an easier set of greens laid out resort style, with a lot fewer water hazards than the International. Falcon’s Fire Golf Club, three miles down the road from Walt Disney World in Kissimmee, also earns a high rating. Its back nine has many water features, new greens, recently redesigned bunkers and a still-affordable daily use rate.

Down the road a piece is Florida’s Orange County, featuring a bevy of courses for all skill levels, like Panther Lake (earning our highest rating), Crooked Cat (Panther Lake’s more Scottish-looking counterpart), The Independence (offering golf bundled only with resort packages), The Legacy (also bundling golf only with spa and lodging packages) and The Tradition (a Nicklaus-designed course only playable as part of a package).

Naturally, we wouldn’t forget putt-putt! Miniature golf is not absent from the Orlando area.  Disney offers Fantasia Gardens Miniature Golf, their attempt to mitigate business lost to area providers of off-property putt-putt. It has two courses, one themed after the animated Fantasia, and the other a bit more down to earth with sand traps and water hazards. Disney also opened WinterSummerland a decade ago, next to its water park Blizzard Beach. This facility also offers two courses at eighteen holes each; these are geared toward a much less experienced crowd than those at Fantasia Gardens.