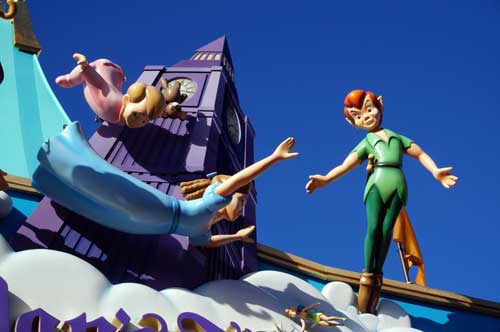 Before and After Events at the Magic Kingdom: Pay For Lower Crowds

Disney recently announced that they will provide two different paid events for guests who want to spend a little more time in Magic Kingdom with smaller crowds.

Up until now, if you wanted exclusive access to the parks, you had to take advantage of Extra Magic Hours or one of the two parties offered at Magic Kingdom- Mickey’s Not-so-scary-Halloween Party or Mickey’s Very Merry Christmas Party.

That has since changed!

On select nights in April and May, Disney opened the gates of Magic Kingdom for a paid event that didn’t coincide with any holiday.

On April 14, 21, and 28 and May 5, 8, 12, and 19, anyone could pay $149 to spend an extra three hours in Magic Kingdom visiting 25 of the most popular attractions including Big Thunder Mountain Railroad, Peter Pan’s Flight, Seven Dwarfs Mine Train, and Space Mountain as well as meeting princesses in Princess Fairytale Hall and enjoying ice cream novelties and select bottled beverages all included in the event ticket price. Casey’s Corner was also open with select items on sale and Main Street Bakery sold Starbucks drinks.

Guests could check in as early as 7:00 PM, but the fun didn’t start until 10 PM on April 28th and May 5th and 11 PM on the other dates. What’s more, Disney Resort Hotel guests could use Disney transportation for two hours after the event ended.

That’s not all Disney is working on though. Magic Kingdom is also offering a similar paid event before park opening, which includes three attractions and breakfast at Pinocchio Village Haus.

Guests will pay $69 for an adult ticket and $59 for a child aged 3-9 plus tax plus regular park admission. You get unlimited access to Peter Pan’s Flight, The Many Adventures of Winnie the Pooh, and Seven Dwarfs Mine Train plus breakfast which includes juice, coffee, tea, fruit, pasties, cheese, meats, eggs, frittatas, bacon, sausage, fried potatoes, French toast, and yogurt.

Since a limited number of tickets will be sold, just like for Mickey’s parties, guests will experience shorter lines than they do even during Extra Magic Hours. It’s important to note that this event doesn’t replace Extra Magic Hours but will occur on Tuesdays and Saturdays between 7:45 AM and 10 AM when Extra Magic Hours are not held at Magic Kingdom. Even better: it’s not limited to Disney Resort guests. Event access ends at 9 AM, but guests who have the event sticker can enjoy breakfast until 10.

What this means for the future

Disney, of course, is trying to find ways to make money while offering guests exclusive access for which they are usually willing to pay a premium. The Disney After Hours event was for a limited time only, but Disney frequently does experiments like this to see if it’s popular. Since the event has now ended, Disney will likely study the data to see if it was successful. If they determine that it was, they just might bring it back temporarily, seasonally, or even permanently. As of right now, there’s no end date on the Early Morning Magic, though.

Would you pay for extra time in Magic Kingdom with lower crowds?