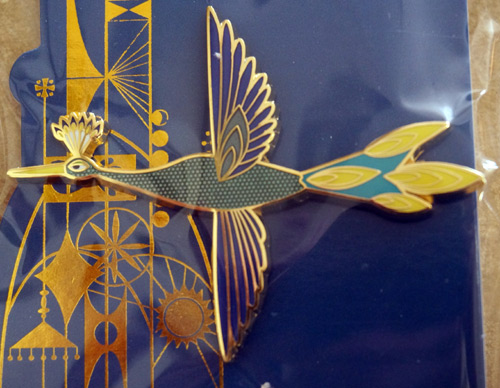 Have your heard of the Tower of the Four Winds?

Do you know how important it is in Disney history?

Back in the early 1960s many companies were looking ahead to something that was very popular at the time – a World’s Fair. Many of these companies know they wanted to have a presence at event but they didn’t have the people and skills to build attractions that would be of interest to the general public.

Several of those organizations ended up contacting Walt Disney to help them build out their pavilions for the 1964 – 1965 World’s Fair in New York.

One of the organizations was Pepsi. Together with Unicef they wanted to build an attraction that would celebrate the children of the world.

Walt agreed to help Pepsi build an attraction for the World’s Fair. The timeline was tight. In fact, the World’s Fair organizers had already built the building that would house the attraction before Disney got involved. It was a huge, ugly warehouse-like building.

Disney and his team came up with the concept of “it’s a small world” for Pepsi. The attraction came together, but Disney wanted to create a focal point in front of the building to draw attention away from the ugly building.

Disney’s team came up with the Tower of the Four Winds.

The 120-foot high, 46-foot wide tower contained of series mobiles. The builders had to drive the foundations for the 100-ton tower 60-feet into the ground so that it could withstand a hurricane. It also needed to withstand the winds that would power the 52 mobiles that symbolized the excitement of children.

The attraction and the tower were highlights of the World’s Fair.

In fact, “Meet me at the Tower of the Four Winds” became a common term that people used when going to the fair.

While the Tower of the Four Winds at the World’s Fair was eventually torn down, Disney owned the right to It’s a Small World and installed the attraction in Disneyland and at Walt Disney World.

You can win a series of very special limited edition Disney Trading pins that celebrate the Tower of the Four Winds and Its’ a Small World.

This sweepstakes ends April 10, 2015, so be sure to enter, share your entry with your friends, and encourage them to enter too. It will be a fun way to increase your chances of winning, and give your friends a chance to win too.

Would you like to win Disney Pins celebrating a special time from Disney history?