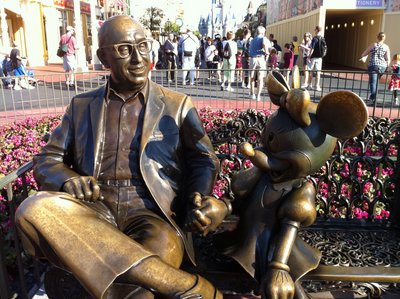 You probably know about how they set up a series of dummy corporations to purchase a huge block of land outside of Orlando without anyone knowing that Disney was behind it.  They did this to acquire the track of land at reasonable prices.

But did you know that Disney effectively controls its own government to manage the infrastructure for that land?  What – you say that a company also can’t be a government, at least in the United States?  If you look behind the scenes a bit, you will see that it technically isn’t true. Disney does not own any government.  However, for all practical purpose, Disney does control a government agency.

How can this be?  What does it mean?  Is something wrong?  Let’s dive in the details.

Driven By The Need For Infrastructure

When Disney assembled their property, it was clear that they would need to invest huge sums of money into making it useful.  After all, the land was vacant not only because it was the 1960s in Florida – and early on in the development of the state – but also because most of the land was swamp.  Or, as we say in a politically correct way these days, wetlands.  It wasn’t very valuable or usable in its current state.

In addition, Walt himself had a grand plan for the land.  Yes, he was going to build a Disneyland of the east, the theme park that became Disney World’s Magic Kingdom.  But that was just a part of the project.  The bigger dream was Walt’s Experimental Prototype Community of Tomorrow, or Epcot.  A real, working city that had real businesses, schools, shops, churches, and permanent residents.  A place to actually build out all the amazing ideas that Walt had explored for more effective urban planning.

Taken together, the needs to make huge infrastructure improvements and also allow for innovative construction and design methods for a city of the future created some special circumstances.  Disney needed to make significant investments in infrastructure to make the land usable.  They needed to build roads, irrigation canals, and even a power plan to provide enough power to run the operations.  All this cost huge sums of money.

When Walt died in 1966 his brother Roy became the President of the Disney Company.  Roy had promised his brother Walt that he would see through the completion of the Magic Kingdom.  It was a huge undertaking for a man who was ready to retire.  Roy made it the single mission and focus of the Disney company to finish the Florida project.  He brought all his management and financial energies and skills –which were quite formidable – to the project.  And, by the way, I think this dedication and focus makes Mr. Roy O. Disney the true unsung hero of Disney World history.

Even after word got out that Disney had been assembling the land for a new theme park, the Disney company still had great power in controlling the destiny of the project.   Roy told the Florida legislature that he could still walk away, and that he needed special rules in order to be able to build out the project.

It is important to note that the improvement district that Disney got was not the first in Florida history, and it was not the last.  A quick search on Google brings up quite a few others in Florida, including:

So the Reedy Creek Improvement District isn’t a one-off deal.  But it is unique in some key respects.  Does Disney control this government entity?  The answer is that they don’t – at least not directly.

The Magical Control That Disney Holds Over The Improvement District

According to 2000 Florida census figures, the city of Bay Lake has 23 residents and the city of Lake Buena Vista has 16 residents.  With such tiny populations and control over the land, it is possible for Disney to effectively control the supervisors of the improvement district, and therefore basically control its actions.

Is This All Wrong?

There has been heated debate over the years about whether or not Disney has done something immoral or unfair in their dealings.  After all, it almost seems that Disney has control over a government-created agency and it provides an unfair advantage.

In my opinion, Disney was simply very smart in its business dealings.  They purchased the land, negotiated the deal with the Florida legislature, used existing laws, and invested untold billions of dollars over the years to create the Walt Disney World Resort in Florida.

General Motors or any of the other companies that had been rumored to be purchasing the land could have done the same thing.  But they didn’t.  Disney acted decisively and intelligently.  They also acted in a way that truly bet the future of their company given the magnitude of the investment.  Today is seems like everything was a guaranteed success, but at the time it was a huge and risky undertaking.  Disney’s bets paid off, and in my opinion they deserve the situation they have now.  They earned it.

Disney doesn’t own its own Florida county as some rumors have said.  Disney property is located in Orange and Osceola country.  Disney definitely still pays taxes – lots of them.  It doesn’t technically “own” a government.  But it does indirectly control an improvement district that allows it to provide infrastructure services.

In my opinion it is all fair, legal, and quite brilliant.