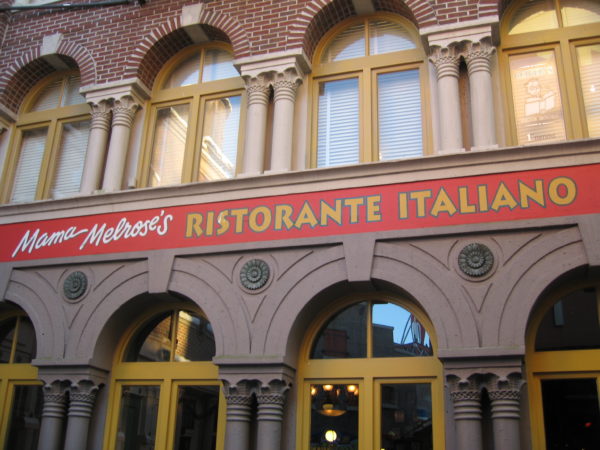 Last month, I reported that Disney is launching a new show called Pixar Live!. It has been performed on stages across the country, but this will be the first time that this show happens on Disney property.

It will take place in the Theater of the Stars, which is the same place that Beauty and the Beast – Live on Stage performs. This show will stick around during the daytime, but Pixar Live! Will take over at night will music from your favorite Pixar movies including Toy Story, which Disney is also theming a land for right now in Disney’s Hollywood Studios.

You’ll get to see characters and hear their music all on stage right in front of your eyes.

Not long after the show was announced, Disney also announced that they’re going to make dining packages available. You can dine at one of several table-service restaurants in Disney’s Hollywood Studios, and then you can get VIP seating for the Pixar Live! show. Some packages even include reserved seating for Fantasmic!.

Let’s take a look at the packages Disney is offering:

The first restaurant participating in the dining package is Hollywood & Vine in Echo Lake. It’s worth noting that breakfast and lunch at this restaurant are character dining experiences with the Disney Junior characters.

Mama Melrose’s is also participating in the Hollywood Studios Dining Package. If you want Italian, this is the place to go.

This restaurant only serves lunch and dinner, and the prices are the same for both.

Hollywood Brown Derby is located on Hollywood Boulevard. It celebrates the Golden Age of Hollywood.

These prices do not include gratuity or taxes, so you’ll have to add those yourself. If you’re on the Disney Dining Plan, it is in your best interest to get the package that includes both shows since you’re paying the same price.

If you’d like to make Advanced Dining Reservations for one or both of these shows, you can call Disney or book online through MyDisneyExperience. Your reservations will be synced with your MagicBand.

When you make reservations, be sure that you can spend the whole day in Hollywood Studios since you have to dine and watch on the same day.

Will you see Pixar Live at the Studios?  With dining?