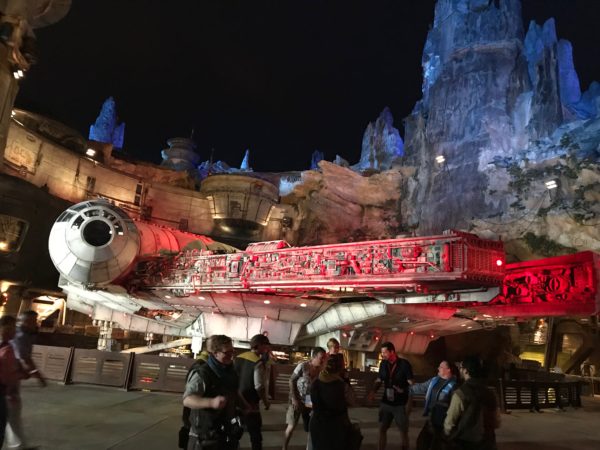 Disney World has announced that it will begin to offer FastPass+ reservations for the popular Millenium Falcon attraction in Star Wars: Galaxy’s Edge in Disney’s Hollywood Studios starting February 19, 2020.

You can make your FastPass+ reservation now using the Disney World web site or the My Disney Experience app. The 30 day (for pass holders and day guests) and 60 day (for Disney Resort Hotel guests) scheduling restrictions apply, just as they do for all other attractions.

Not surprisingly, Hollywood Studios is changing the Tiers of FastPass attractions on February 19.

Disney lists Millennium Falcon: Smugglers Run as a Tier 1 attraction. The other Tier 1 attraction is Slinky Dog Dash. You can only make one selection from Tier 1, so you will need to choose between a FastPass for the Falcon or Slinky Dog

Disney will now define the following as Tier 2 attractions:

You can select two FastPass+ reservations from the Tier 2 list.