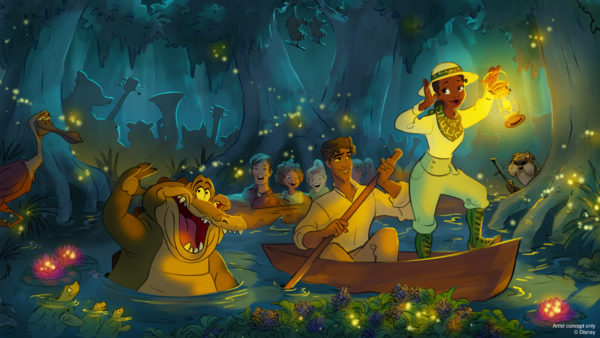 Disney is continuing work on the reimagining of Splash Mountain into Princess and the Frog at both Disneyland and Walt Disney World.

The attraction’s story will start where the movie ends – after Naveen and Tiana kiss.   The prince and princess will start a new adventure, together with Louis, and will host a Mardi Gras celebration.

The story will include some original music from the movie.  Personally, I’m hoping for a big presence of “Dig A Little Deeper.”

Leah Chase, the founder of Dooky Chase’s Restaurant in New Orleans, was one of the inspirations for the movie.  As part of doing research for the attraction, Disney Cast members met with Leah’s daughter, Stella Chase Reese. 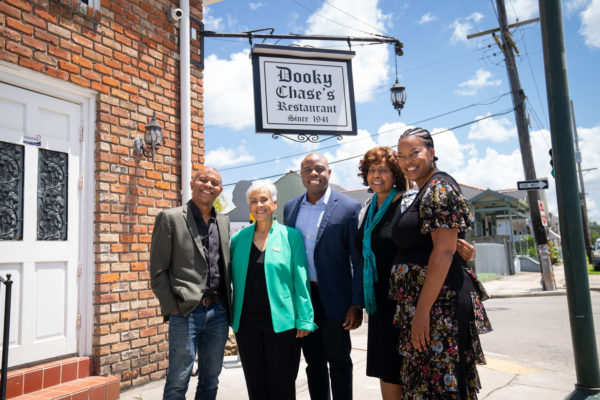 Disney Imagineers often conduct research to generate new ideas and ensure authenticity.  For the new Princess and the Frog attraction, Disney researched the culture of New Orleans – including the art, music, food, and traditions of the area – both in person and via remote meetings.

Disney also announced that it will donate $50,000 to the New Orleans Center for Creative Arts (NOCCA).  The Center trains students in dance, media, culinary arts, music, theater, and creative writing.

Excited that Disney continues research the Princess and the Frog?