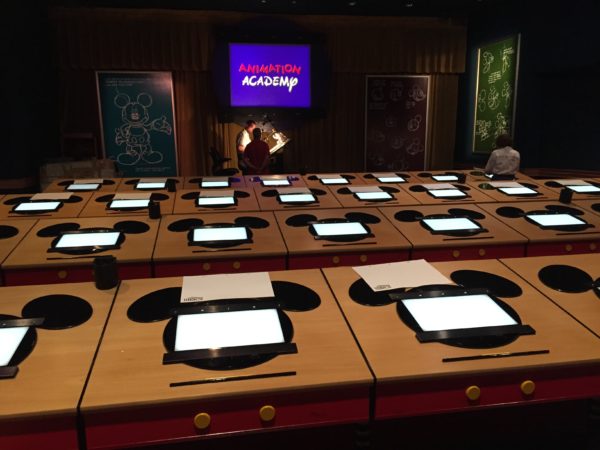 Disney’s Animation Academy opened in Disney’s Hollywood Studios and in DisneyQuest in the former Downtown Disney area in 1998. The class-attraction was a popular experience during which guests could learn how to draw a Disney character. The attraction closed in 2015, but it is now making something of a comeback.

Starting July 11th guests can check out the Animation Experience, which is now in Disney’s Animal Kingdom. You’ll have to take the Wildlife Express Train to Rafiki’s Planet Watch, but it will be worth it. For now, you’ll learn to draw on of the characters from The Lion King (Simba, Timon, or Pumbaa) in celebration of the 25th anniversary of the movie. However, Disney may switch up the characters at any time. So grab your FastPass+ now, head on over to the Conservation Station, and draw your favorite Lion King character!

Disney Animation classes return July 11.  Will you check it out?