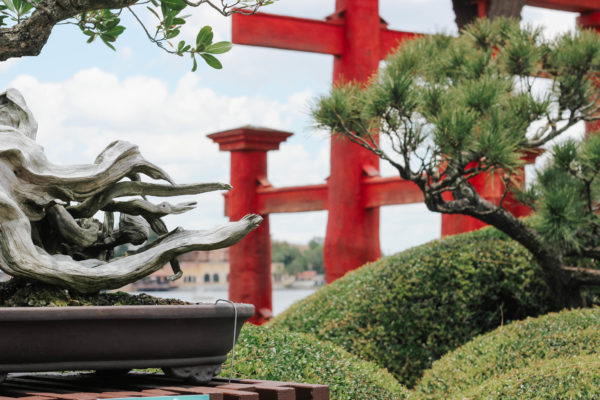 Pavilions are so well themed that you'll forget you're in EPCOT!

Tomorrowland, Pandora, Future World: there are so many different lands and areas at Walt Disney World, with each one of them being special in their own way. With such an expansive group of themed areas, guests tend to find their favorite spots and gravitate towards them. One group of guests might hang around Adventureland because they like to be in a jungle type setting, another group may prefer Fantasyland so they can imagine they are in a timeless world complete with a giant castle. No matter what land you may you claims as yours, you’ll always know that the theming and detail that the Imagineers put into the creation of the area will completely immerse you, blocking out the real world. We are here to give you a very difficult task: “Pick Three”- Lands.

If there is one land I think that gets overlooked the most at the Magic Kingdom, it has to be Adventureland. Often in the shadows of Fantasyland and tucked behind the thrill rides of Frontierland, Adventureland is kind of off the beaten path. It is said that most guests will go straight into Fantasyland at the Park’s opening, bypassing Adventureland and the entire left side all together. To me, that’s just fine…it just means smaller wait times and congestion in my favorite area!

But on a serious note, Adventureland has it all: great theming, some of the best attractions on property, and Dole Whips! A number of Disney World’s top attractions are in Adventureland including Pirates of the Caribbean, Walt Disney’s Enchanted Tiki Room, and the Jungle Cruise. Adventureland is my early morning go to land!

Part of me wants to flag this pick as cheating because the land itself takes up 50%+ of the entire park, but I’m sticking with it! Since the 1980s, guests have flocked to the World Showcase for its shows, restaurants, festivals, and shops. The area has long provided a sense of world travel for many who may never get to venture off to distant lands like Japan or Morocco.

Disney has been able to bring all these countries together representing each one fairly accurately, complete with citizens directly from the given country as Cast Members, cuisine native to the lands, and shops that are full of products you can only find if you were to travel to the given country. Because of the size of World Showcase, guests could easily spend half a day making the loop around the “world”, venturing into each pavilion. EPCOT as a whole is a very special park, one where Floridians and visitors can go to drink and eat around the world.

World Showcase and Adventureland give you the most bang for your buck in regard to activities. Galaxy’s Edge is a theming juggernaut. As the newest land in all of Walt Disney World, you can see the major advancements in theming even since Toy Story Land, which opened just a few short years before.

For as good as the theming is in Galaxy’s Edge, there isn’t much in terms of attractions. Sure, it only houses arguably the best attraction Disney has ever created in Rise of the Resistance, but overall there isn’t much more to the land. Still for Star Wars fans and non-Star Wars fans alike, much appreciation is given to the Imagineers for what they were able to pull off in Galaxy’s Edge. There may not be a ton of things to do, but what the land does host are all great!

What are your three favorite lands – one per park?