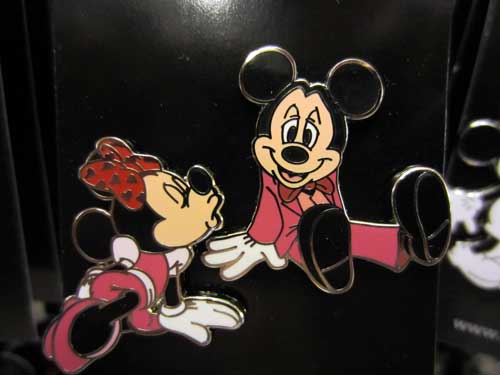 Maybe You Like Disney, But What If Your Friends And Family Don’t Love It?

Disney fans are a special breed.

Some people that can’t understand our fascination with and love for a “kids’ park.” Some people think Epcot is boring because there are only a few rides, and World Showcase is just a bunch of buildings. Some people say that Disney is expensive, crowded, and there are no really thrilling rides.

However, for us Disney fans, it’s hard for us to believe that anyone could feel this way about our beloved vacation spot.

It’s important to understand that Disney World isn’t right for everyone – but it can be made into a good fit for many with a little forethought.

In this article, I’ve addressed some of the most common issues that non-Disney fans bring up about a Disney vacation.  I’ve provided some alternatives to help overcome these issues.

Let’s look at six questions to ask yourself before planning a Disney World Vacation for non-fans.

1. What kind of vacation do you want?

If you’re the type of person that likes a relaxing vacation spent by the pool, Disney World might not be right for you. Disney is fast-paced, and there’s a ton to see and do. There are four parks (Magic Kingdom, Epcot, Animal Kingdom, and Hollywood Studios), two water parks (Blizzard Beach and Typhoon Lagoon), over twenty hotels categorized by Value Resorts, Moderate Resorts, and Deluxe Resorts, and a large shopping district complete with a ton of restaurants called Disney Springs.

A Disney World Vacation can mean early mornings (including taking advantage of Extra Magic Hours) to beat the crowds and lots of walking. Some people estimate that Disney guests walk up to 15 miles a day!

If all of this sounds too overwhelming for your vacation, remember that you don’t have to choose to be constantly on the go at Disney World.  Consider spending a few quiet days at a Disney Resort enjoying the pool or low-key activities.  Also, consider visiting Disney’s Vero Beach Resort or Disney’s Hilton Head Island Resort, both of which are much slower-paced than Disney World.

Disney World is expensive. Value Resorts can be as low as $80 per night but Deluxe Resorts can go as high as $500 per night or more. Park tickets are about $100 per day (less with multi-day tickets), and the food is really tasty but it’s also expensive. Then you have to calculate your travel expenses and whether you’ll fly or drive plus any souvenir costs.

Don’t throw in the towel yet. If you can travel during the “off-season,” which would be late January and February or just about anytime that kids are in school, you can save a ton! If you’re driving, pack a cooler and get some groceries when you arrive in Orlando. Stock up on drinks, snacks, and breakfast items. If you plan to take a mid-day break, get some lunch supplies, too! Most Disney rooms have a refrigerator, and if your room doesn’t have one, just ask.

Some people swear that staying off-property can save a lot of money, and it’s true that the room rate is less. However, you have to consider all of the amenities you get by staying at a Disney Resort like the Magical Express between the airport and your resort, Extra Magic Hours, free parking, and free transportation to and from the parks. Unless you’re driving and don’t mind paying $20 a day for parking, staying on-property is definitely the way to go.

3. Do you mind large crowds?

Disney World is consistently voted the best vacation destination in the world, and that means it’s also one of the most visited. Crowds do vary depending on the time of year, but Disney has worked hard to have very few slow seasons. Late January and February tend to see lower crowds, but any holiday or school break season is going to be busier than other times.

If you don’t like crowds, consider visiting during the slower times.  Stay away during Christmas and the New Year since this is the busiest time.  Enjoy the parks very early or late in the day.  Explore the resorts during the daytime when the crowds fill the parks.

4. Are you a thrill-seeker?

Many people complain that Disney doesn’t have any truly thrilling rides.

I beg to differ!  Disney has thrills. Twilight Zone Tower of Terror has eight random drop sequences. Rock ‘n’ Roller coaster goes from 0-57mph in 2.8 seconds and allows riders to experience 3.5 G-Forces at the first inversion. Expedition Everest is the most expensive rollercoaster in the world and has an awesome first drop. Test Track goes 65mph on the outdoor track, and Mission: Space is, according to real NASA astronauts, as close to a real space launch as the general public can get. If these things aren’t thrilling, I don’t know what is.

Disney World is massive. In fact, it is roughly the same size as San Francisco. If you think you can conquer everything there is to see and do in Disney World in just one vacation, you have another thing coming, and you will be exhausted if you try.

If you want to accomplish most Disney highlights, you’d need at least 10 days, and even then you can’t truly see and do it all. Instead, do some research and figure out what seems most interesting to you. Prioritize your plans, and if you have time for more, that’s great. If you only accomplish what you’ve planned, though, you’ll still have a great vacation.

6. Do you have realistic expectations?

Sometimes people ask why folks don’t get more pictures with characters. They wonder, “Don’t they just roam around the parks? Just walk up and ask for a picture!” Though we wish that’s how it worked, it just doesn’t. If characters roamed freely, they’d constantly be inundated with crowds. In reality, you have to wait in line, take a few pictures, interact for a minute, then move on and allow time for the other guests. For the most popular characters like Elsa and Ana from Frozen, wait times can reach two hours or more.

Queue lines are long, too. Those commercials that show family running happily through the park and jumping on Dumbo the Flying Elephant just aren’t realistic. What’s more, bad things do happen in Disney, and it’s not always fun and smiles.

Adults and kids alike can get cranky – usually because they’re tired – and it’s impossible to please everyone all of the time. I like to take a break in the afternoon when the crowds are at their highest and the weather is at its hottest. Head back to the hotel for some R&R, and you can return later refreshed and ready to take on the night.

A Disney World Vacation is all in what you make it. Come with some patience and a good attitude, and you can have a good time.

Do you ever visit Disney World with non-Disney fans?