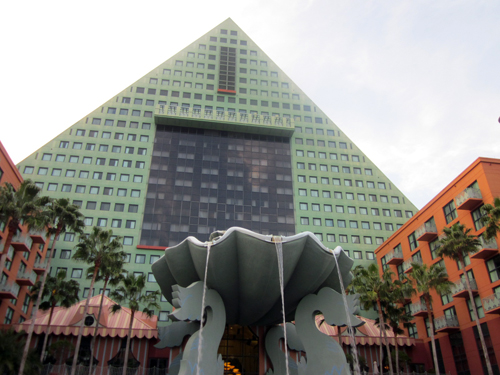 Listen to the podcast for all the details!  Here are the quick notes on what the podcast covers:

1 – Disney-MGM Studios
Disney World’s tribute to Hollywood was almost a pavilion in Epcot.  Mr. Eisner drove the effort to make it into a full theme park.

3 – Pleasure Island
Mr. Eisner oversaw the development of the adult entertainment district that was created with Disney style.

4 – Architectural renaissance
Mr. Eisner worked with great architects of his time like Frank Gehry and Michael Graves to develop some memorable buildings on Disney property.

5 – La Luce
Mr. Eisner brokered the deal that eventually lead to this hidden gem of a restaurant in the Bonnet Creek Hilton, which is landlocked by Disney property.