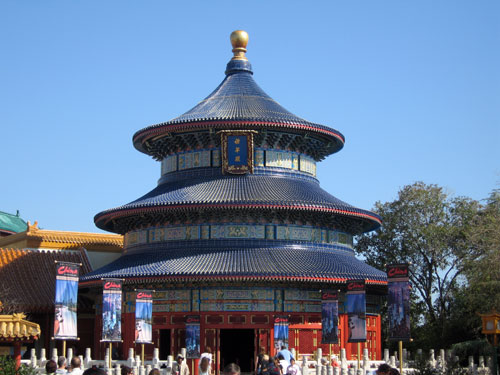 World Showcase Vs. The Real World – Better Or Worse?

Let me start by saying that I know going to the World Showcase section of Epcot is a very different experience from traveling around the Real World. It’s almost unfair to compare the two.

But for fun, let’s do just that.

Is it better to get your taste of the world from Disney or from the Real World?

Let’s look at a number of different categories, and you be the judge.

Going to Disney World is expensive, no doubt about it. But if you compare the price of visiting Canada, Mexico, the UK, China, Germany, Norway, and Japan (plus a few others) all in a single trip at Disney World vs. the Real World, you can see that Disney is an incredible bargain. And how often can you say that a Disney vacation is a true bargain?

One flight from the US to Japan can easily take 20 hours. For folks in the US or Europe, getting to Disney World will often take from 2 to 6 hours – maybe a bit longer. Add up the time to hop across the globe visiting different countries vs. just walking along a promenade from one to the next, and you will see that Disney offers a huge time advantage. And no jet lag once you are accustomed to Disney’s time zone.

Going to the real world edition of China? That’s going to take a while.

No place in the world is perfectly safe. Even Disney has crazy golf cart drivers. But generally speaking, you are safe at Disney World. Everywhere else? It depends on where you go, but you probably need to be more alert in the Real World.

This one is hard. Even in World Showcase, Disney sanitizes the food so that it is enjoyable for the broadest audience possible. But then again, you are unlikely to get sick when eating at the Mexican pavilion. You are more likely to get sick if you eat out in Mexico City. Still, the Real World can offer a huge variety of experiences – well beyond the options in Epcot.

Meeting people is a big part of travel. But if you are a tourist in the Real World, you might meet rude folks trying to rip you off. At Disney, the Cast Members, who come from all around the Real World, are happy to share their culture and customs with you – but won’t be surly in the process. 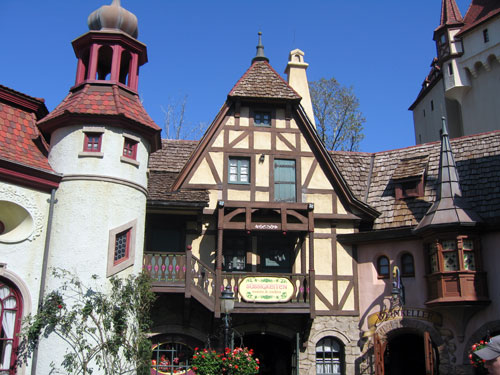 Everyone in World Showcase is pleasant.

Traveling around the world can be nerve wracking, especially when you enter countries where many people don’t speak your language. Since you are reading this article, I assume you speak English. Funny thing – every person in every World Showcase country speaks English, too! This makes it super simple to communicate and learn.

When you travel in the Real World, you need to be careful not to go into the “wrong part of town.” Go there, even if by accident, and you might see things you aren’t really interested in, or you might just get yourself into some unwanted trouble. Fortunately, there is no “wrong part of town” in Disney World. Wander anywhere to your heart’s content knowing that you won’t be exposed to anything undesirable.

This one is interesting. Certainly a few shops at Disney can’t complete with an entire world of shopping locations in the Real World. But out there in the Real World, you might not see many items that are specific to the country you are visiting. So much of the stuff you can buy in Germany is really made in China and Japan. When you visit a shop in World Showcase, you can be sure to get a solid sampling of goods locally made in the country you are visiting.

World Showcase represents 11 different countries. And depending on what statistics you choose to use (from the United Nations vs. the US State Department) there are about 195 different countries in the world, give or take a few. Each has its own history, culture, and so on. So Disney only gives us a taste of a few countries and the Real World has – well – an entire world to explore.